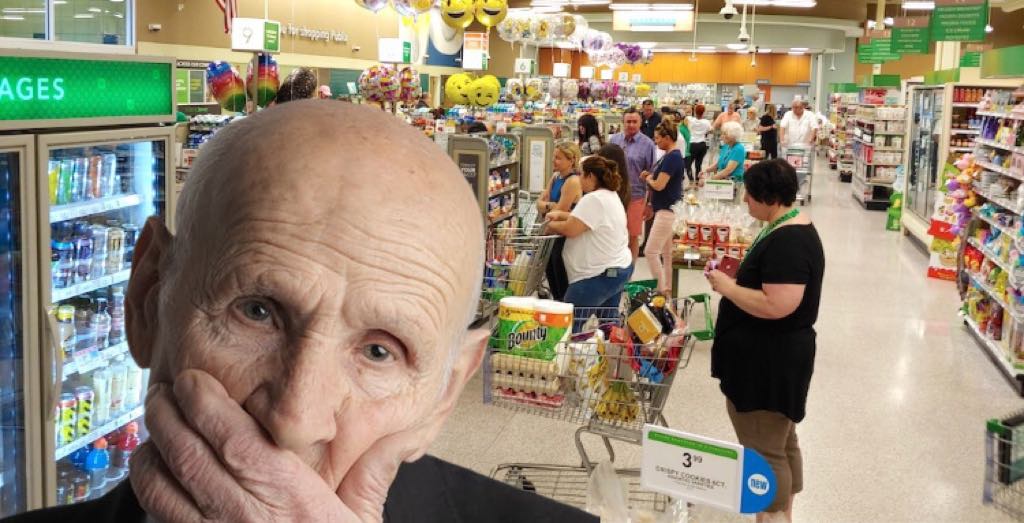 Paul Hillberry of Oldsmar says he’s glad face coverings may become mandatory again because he doesn’t feel safe in public without one.

“I know for a fact that wearing a mask has protected me…”, he said. “…from getting my ass beat for all the shit I talk about people.”

“When I’m at the grocery store or a gas station or my local coffee shop, I’m constantly muttering aloud, saying really hateful, misogynistic, even racist stuff about people around me at any given time. When I wore a mask, as long as I didn’t make direct eye contact, nobody knew for sure who was saying all those horrible things”, he said. “Without the mask, all they have to do is look to where the hatred is coming from and they’ll clearly see my lips moving.”

He said, “You have to believe I’m not the only one. Somebody talking shit about me is less likely to find my foot up their ass if I can’t see the words coming out of their stupid mouths. Face masks are just good for everybody.”

“There’s probably a whole bunch of us out here now, at risk of having the shit beat out of us for no reason other than the fact that we can no longer hide the fact that we’re saying heinous things about the people around us, and that’s not fair.”

When it was suggested that he could simply stop doing that, he said, “I don’t tell you what hobbies you get to enjoy; don’t you dare try to impose that on me!”. He then pulled the neck of his shirt up over his mouth and called me a bunch of unrepeatable obscenities, some of which were racial slurs and homophobic epithets that don’t even apply to me.