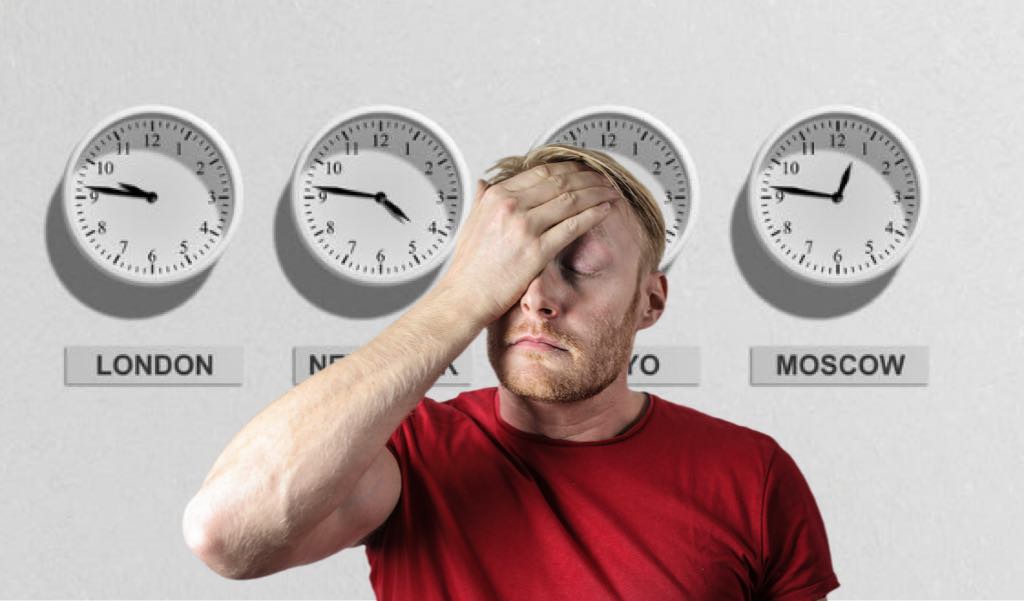 Thad Tuckerly of St. Petersburg is dealing with the aftermath of life after losing an hour last Sunday morning due to Daylight Savings Time.

“It’s safe to say my world was turned upside down and ripped to pieces”, he said, referencing the occurrence that inconveniences people slightly for a short time every year. “Everything was fine until Sunday morning, March 14 at 2 AM.”

“My alarm went off at 7, like always but I felt like I didn’t get a full night’s sleep. And I remembered, ‘oh yeah, spring forward'”, he said. “I got up, feeling groggy and went into the kitchen to change the clock on my microwave, the only one I own that doesn’t update on its own.”

He poured himself a bowl of Cinnamon Toast Crunch for breakfast and immediately realized the milk he added was spoiled. “I looked at the date and it had gone bad overnight. Sooner than it should have because of the missing hour.”

That’s when he noticed the note from his wife, saying she was leaving him for another man. He ran to look out into his driveway and saw that she had taken his car. Suddenly he smelled smoke and turned around to see the kitchen engulfed in flames from a grease fire that started somehow when he had prepared the bowl of cereal. As he rushed to try to extinguish the flames, he was knocked to the floor and bitten on his arms, legs and neck by a pack of rabid coyotes that had taken up residence in his living room. “I guess Nancy (his wife) must have left the front door open when she left”, he said.

The smoke was growing thicker which scared off the coyotes and Tuckerly’s phone started ringing. He wasn’t able to get to it before the call went to voice mail. He eventually found it and dove through a window just before the entire residence was totally engulfed. He checked the new message and it was from his boss…

“Hey Thad, uh, I just wanted to let you know that you don’t need to worry about coming into work tomorrow. Or Tuesday. Or ever again, for that matter. I’m closing the company, cashing out and going to Bermuda with my new girlfriend. You might know her; her name is Nancy and she’s your wife. Small world, huh? Ha ha! Life is funny sometimes.”

As he lay on his lawn, trying to process everything that had happened, his parents pulled into his driveway. “Hey Thad, looks like you’re busy”, said his dad. “We just wanted to swing by real quick and tell you something.” His mom said, “We’re both gay and we don’t love each other any more, something we figured out while setting the clocks ahead last night. Also we are not your actual birth parents and we don’t really care much for you either. While many parents are capable of loving their adopted children as much if not more than their own, that was never the case with us. We’ve been meaning to mention this for a while now”. The man who he’d believed to be his father said, “Yeah, it turns out that we’re just not into it like we thought we would be. Oops! Looks like you have bigger things to worry about anyway. So catch ya later, sport”, using the affectionate nickname he’d given Tuckerly as a toddler. “Oh, and I won’t be calling you that anymore”, he added. With that, they backed out into the street and drove off, with his now-ex mom yelling out of the passenger side window, “Also, we’re pretty sure your birth parents were Black and Jewish. Ciao, kiddo!”

“A week later, it’s still a lot to take in and I’m going to have to make some major adjustments in every single aspect of my life,” Tuckerly said. “It’s kind of nice that it doesn’t get dark so early, though.”