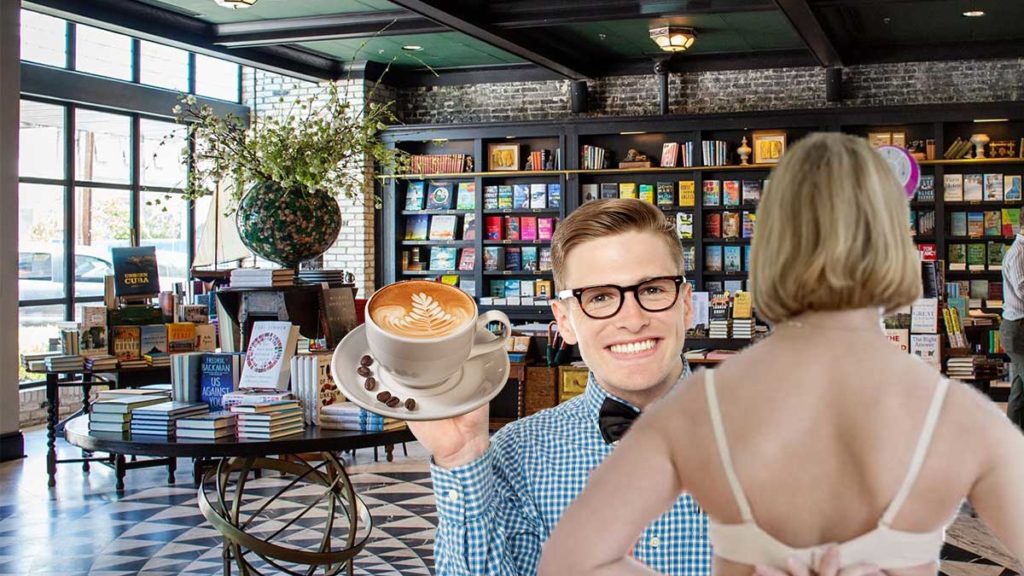 The Oxford Exchange is now offering a free small cup of coffee to anyone who shows their breasts. As part of a promotion for national breast health awareness month, the community dining co-op will now allow patrons the opportunity to present their mammaries in exchange for a gratis cup of coffee.

The promotion came after some locals had criticized the Oxford Exchange for being “too stuck up,” and “too preppy.” To counteract these criticisms, and to prove that they really are a “fun, tolerant, open minded organization,” (as stated by O.E.) the company immediately came up with this idea.

“We were tired of people saying we were acting like we’re cooler than we really are.” Said Nester Hunkabunch, creative marketing partner for the Oxford Exchange.

“Our Human Resources department teamed up with our cultural awareness program and cross referenced popular promotions from eateries all over the world, to come up with this customly designed deal for our Tampa customers.”

Hunkabunch rearranges his designer beanie, and wipes his thick stained-oak wood-framed reading-glasses, before taking a large sip of his earl gray chia tea through a paper straw.

“We wanted to show the people of Tampa that we are a community business that is socially conscious and cares about it’s fan base, so we paid an offshore research team to fly here from Sweden, to function as a street team for a few weeks and really survey the locals and figure out what they enjoy the most.” Nester’s phone vibrates, and from the corner of my eye I can see that Steve Wozniak is calling, but Nester ignores the call.

“What we learned is that the great people of Tampa love breasts and free coffee! So for this month, in a partnership with the national breast health organization of inner-city Portland, we’re offering free coffee to anyone who shows their breasts at the counter. Not only is it fun for the employees, as they get to view breasts, but it’s also fun for the patrons who might catch a glance of side-boob.”

“Personally I’m not sure how the promotion is going, I haven’t been to the O.E. in a few months, but one of my intern’s assistants has relayed back to us that, ‘people like it,’ and that’s all the good news I need to hear.”

Hunkabunch stands up from his ergonomic chair. “Now if you don’t mind, I have a meeting in Seattle in 15 seconds, so I need to get out of here.”

He pats an icon on his shirt pocket and instantly disappears in a flash. I’m left alone in a meeting room for a brief moment before three large security guards come in and physically remove me from the premise, but not violently. They gently pick me up and walk me out of the building before placing me on the concrete sidewalk. The promotion is set to last through the end of August, unless they come up with another promotion which is more effective in securing engagement from Oxford Exchange users.