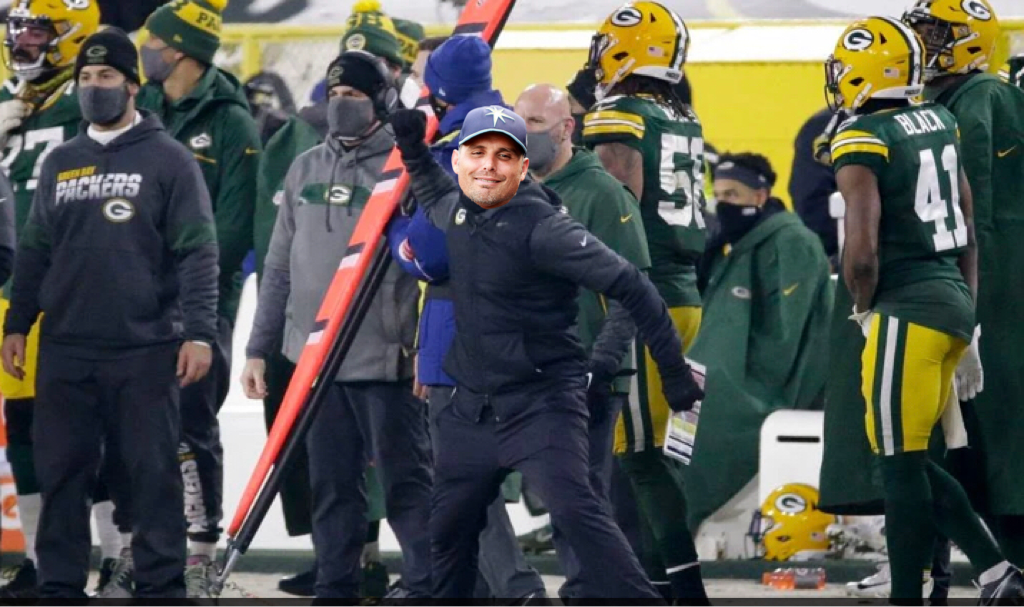 In a press conference Monday afternoon, Green Bay Packers head coach Matt LaFleur explained his reasoning for kicking a field goal instead of going for a touchdown late in his team’s 31-26 loss to the Buccaneers and costing Green Bay a shot at playing in Super Bowl LV in Tampa.

“Oops, I guess”, he said, as he shrugged his shoulders.

With 2:09 remaining in the fourth quarter, trailing by eight points (31-23) at the time and facing fourth-and-goal at the 8-yard line, LaFleur sent kicker Mason Crosby in for a 26-yard field goal instead of giving star quarterback Aaron Rodgers one more shot at the end zone (and then a 2-point-conversation attempt) to tie the score.

“The only motive was that the lineup the Dodgers feature is as potent as any team in the league,” LaFleur said. “I felt Blake had done his job and then some. I totally respect and understand the questions that come with [the decision]. Blake gave us every opportunity to win. He was outstanding. These are not easy decisions. As much as people think that sometimes, there’s no set plan. This organization’s tremendous about giving the staff the trust to make in-game decisions to give us the best chance to win. I respect what unfolded yesterday was pretty tough.”

When asked if he meant Aaron, as in Rogers and not Blake as in Snell and Buccaneers instead of Dodgers, he replied, “Yeah, of course. I’m Matt LeBlanc, not Kevin Cash. That’s what I said, didn’t I? I’m the manager of the Green Bay Packers, not the Tampa Bay Rays.”