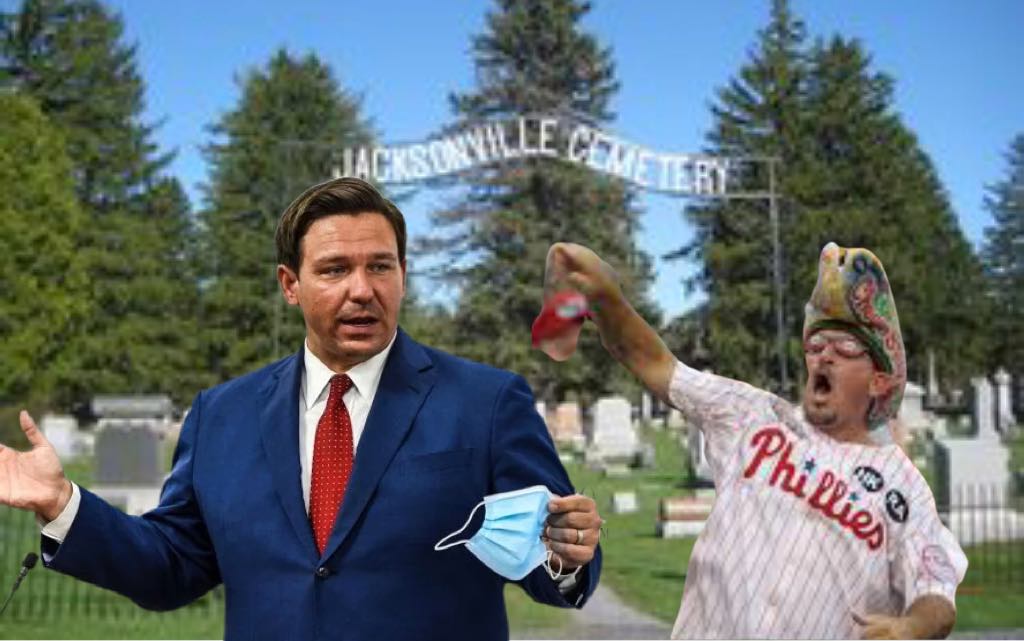 After much deliberation, Douglas Federbatum has decided to leave his home state of Pennsylvania.

“While I really do love me some Penn, as I like to call it,” said Federbatum while nudging and winking at me. “This past year made me realize that I want to live in a free country again.”

Federbatum has decided to abandon his family to start a new life in Florida.  “I recently lost my job because I was photographed inside of the US Capitol, and I hear the governor of Florida lets people work.”

The governor of Pennsylvania, Tom Wolf, said he was really sad to see Federbatum go. “Doug was one of the best plumbers in the state of Pennsylvania.”

I met with Gov. Wolf and his Lt. Gov. John Fetterman outside of a library next to a food truck selling Philly Cheesesteaks.

“Isn’t it weird that we are eating Philly Cheesesteaks, but we are hanging out here in Pittsburg?” I asked in a joking way to the two most powerful people in Pennsylvania.

“You think that’s funny kid?” asked Lt. Gov. Fetterman while towering down at me like I was puppy that projectile diarrheas on the carpet. “Well, I think it’s pretty funny.” He then patted me on the back and showed me his collection of weed and LGBTQ rights flags.

As for Federbatum, he has decided to move to Jacksonville Beach and open a custom sandal store.

“I think chicks would dig it, and I won’t have to deal with all this liberal shit, literally,” said Federbatum while packing everything he could into his 2002 Ford Explorer.

Besides everything he read about Ron DeSantis and his handling of the Coronavirus, Federbatum knows nothing else about the state of Florida that is not beach related.

“They don’t have legal weed, it’s a bullshit system set-up by Governor Scott to pay his buddies to sell shitty weed at a stupid high price,” said Pennsylvania Lt. Gov. Fetterman after many hours of drinking and eating Philly Cheesesteaks. “Florida’s education system pushes children to act up, so they get sent to private prisons. Rick Scott is a fucking asshole who ruined the unemployment system on purpose because he hates poor people. Disney is the only place that has a solid public transportation system, every other city is just sprawl and hundreds of breweries all within driving distance from each other…Oh shit I better get home to my family what the hell am I doing here.”

Federbatum wants everyone who reads this article to come visit him in Jacksonville Beach, where he will totally be ignoring calls from his family to soak in the sun, maskless.