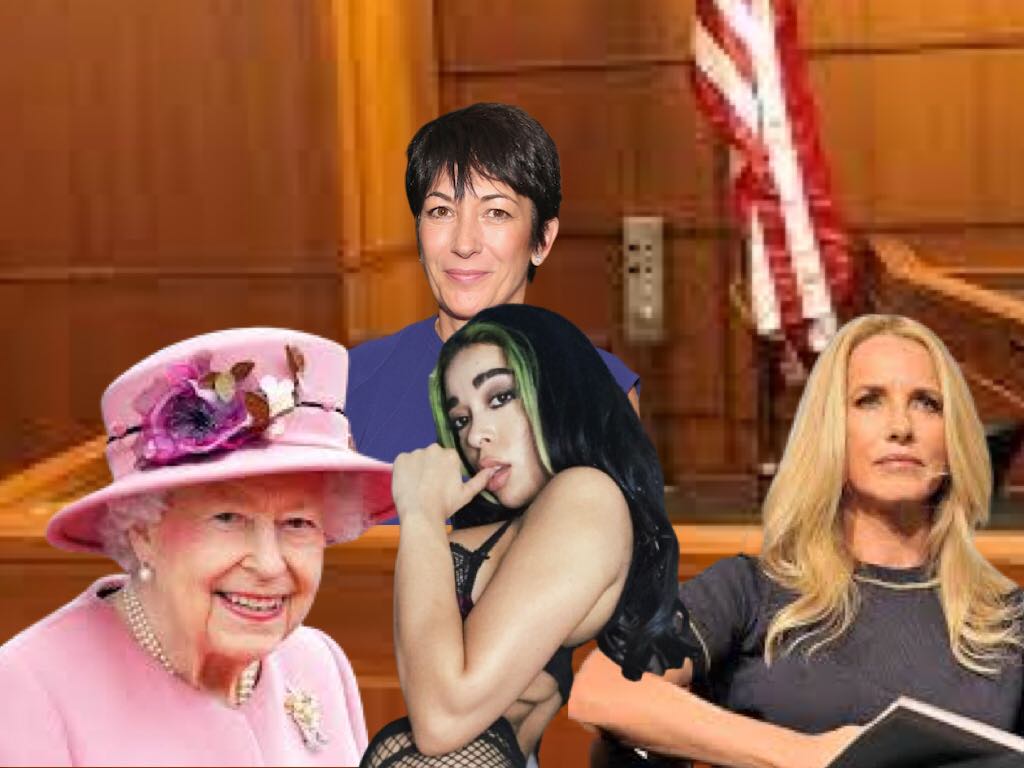 As the sex trafficking trial resumes for Jeffrey Epstein’s associate Ghislaine Maxwell, photos connecting Maxwell to other people of great public prominence are being brought to light. These recently uncovered photos have connected Maxwell to everyone from the Queen of England, Steve Jobs’ widow, and even some random woman from Tampa.

Sarah Fukdup, 26, received a subpoena to court following released photos of her “hyping up” Maxwell at a Tampa club in 2016.

“I didn’t know who she was, I was pretty drunk,” Fukdup told Tampa News Force. “All she said was that she was a ‘socialite’ and I kind of figured that meant she was just too embarrassed to tell me that she was unemployed.”

Fukdup says that all she remembers from that night is yelling “Yass queen! You are slaying right now!” to Maxwell while she danced to Ignition (Remix) by R. Kelly. Her and Maxwell took a selfie together on Maxwell’s iPhone and exchanged numbers.

“She told me that she would send me the picture of us together later that night but she never did,” Fukdup said. “But now five years later, it ends up all over the news. And the worst part is I don’t even look good in it. I’d be more willing to be subpoenaed to a fucking sex trafficking trial if I at least looked good in the picture.”

Fukdup currently works as a life coach, but is being put on probation by her employer until she attends trial and can prove that she had no prior connection to Maxwell. “We can’t have life coaches who make bad decisions themselves,” Fukdup’s boss Ryan Bennett told TNF. “And if we kept her on our team, the company’s annual trip to an island would seem suspicious.”

When asked if she had any advice for avoiding situations similar to hers, her answer was simple: “You never really know who you’re gassing up at the club. Not everyone deserves your ‘yaaassses’ and ‘slaaayyys’. All I ever wanted to do was have some fun, but now I’m going to court and now Bill Clinton won’t stop asking me to hang out.”

View all posts by Sierra Layko →