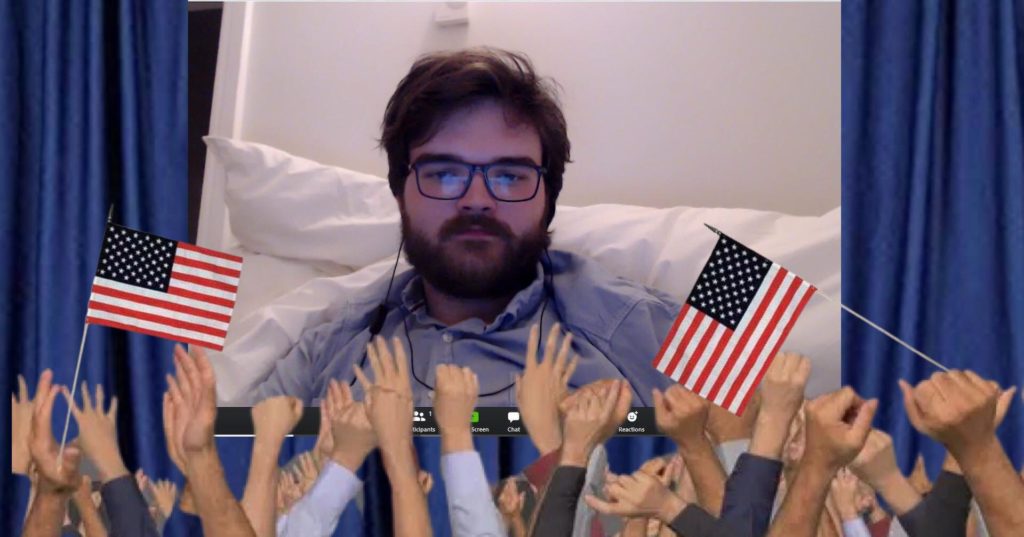 A man in Westchase who just finished having sex has been nominated the president of the United States after an overwhelming write-in effort from supporters.

Ted Clazinsky, ran on a platform of clear minds and clear thoughts, unfettered by sexual desires, won the popular vote with %65 of voters choosing him.

“Yea, I just had sex and it feels like I understand the world better because I don’t have that constant anxious hunted-feeling of my libido destroying my brain and my decision-making processes.” Clazinsky said via Zoom during a public address he made 2 hours before voting started.

“Everyone should be nice to each other and just be chill and relax and try to enjoy life and if people do that, literally nothing will hurt us or ruin us, we will be strong and maintain control at all times.”

“He’s just so honest, and I don’t need to worry about him sexually molesting me, because I know he just had sex, so he’s finally docile.” Said Cleopatra Fitzgerald, fan of the political phenom.

Even though it wasn’t election time, the publics overwhelming demand for him to be instated in power over-rode regular rules and regulations, installing him in emergency accordance.

He will also be President until death or he chooses to step down, as again, conventional rules were disregarded for his immediate rise to power.