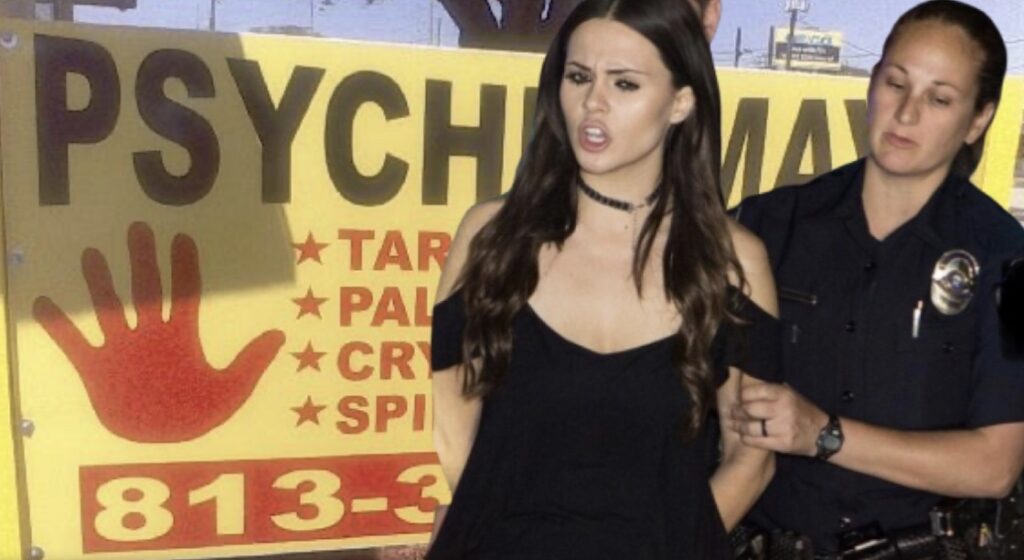 A public stoning of all psychics, as well as all fortune tellers, mediums, clairvoyants, palm readers and soothsayers will take place later this afternoon and evening in Brooksville.

“It’s not because we fear their supernatural prowess”, says event organizers Bartholomew Balthazar. “Quite the opposite, actually. We’re frustrated with their complete lack of any kind of abilities whatsoever, as demonstrated by their combined lack of getting one single prediction correct about the year 2020.”

“I was supposed to enjoy financial prosperity, good health and a passionate romance this year”, says former psychic believer Sally Mulgrew of Pinellas Park. “Not only did none of those things happen for me, they didn’t happen for anyone!”

Ray Tillman of Ybor City agrees. “I got a reading for my birthday and it wasn’t all sunshine and rainbows but it also wasn’t a forecast of one disaster after another. I don’t care what house the moon is in with Venus rising and Mercury in what-the-fuck. This is bullshit.”

“They’ll probably try to say nobody could have predicted all of this,” says Cathy Mossir of Clearwater, yet another disgruntled former believer. “I didn’t buy that excuse when President Trump said it so I’m sure as hell not buying it from any old, busted-ass, roadside carnival-reject, gypsy con-artists neither.”

All Tampa Bay Area law enforcement agencies are cooperating in a joint effort to round up all the psychics and bring them to Brooksville. “It’s just the right thing to do”, says Hillsborough County Sheriff Chad Chronister. “And long overdue”, added Pinellas County Sheriff Bob Gaultieri as both men exchanged high-fives and a tender embrace.

Balthazar says attendees are encouraged to bring their own psychics to be stoned. “Every psychic turned in is good for $5 off a family four-pack admission!”

Jerry Dungball of Temple Terrace says that’s a good deal and he’s excited about attending. “I’m pretty sure my sister-in-law is an actual witch, and that means I’m pretty sure I’m gonna save some money on this whole deal! What a great way to end this shitstorm of a year!”

Balthazar says Brooksville was specially chosen to host this event. “Yeah, I know it’s not centrally located or very easy to get to for everyone in the area. But it’s got a real, old-school traditional atmosphere of intolerance that just feels appropriate for an event like this.”

The event will begin at 4pm when the children’s petting zoo opens. The actual stoning will begin at sunset. Individual admission is $10 with family four-packs available for $30. Stones can be rented for $1 each. Patrons can bring lawn chairs, food, drinks and their own stones to throw (to include rocks, bottles, chunks of concrete, baseballs, full cans of Twisted Tea or other similar projectile materials)