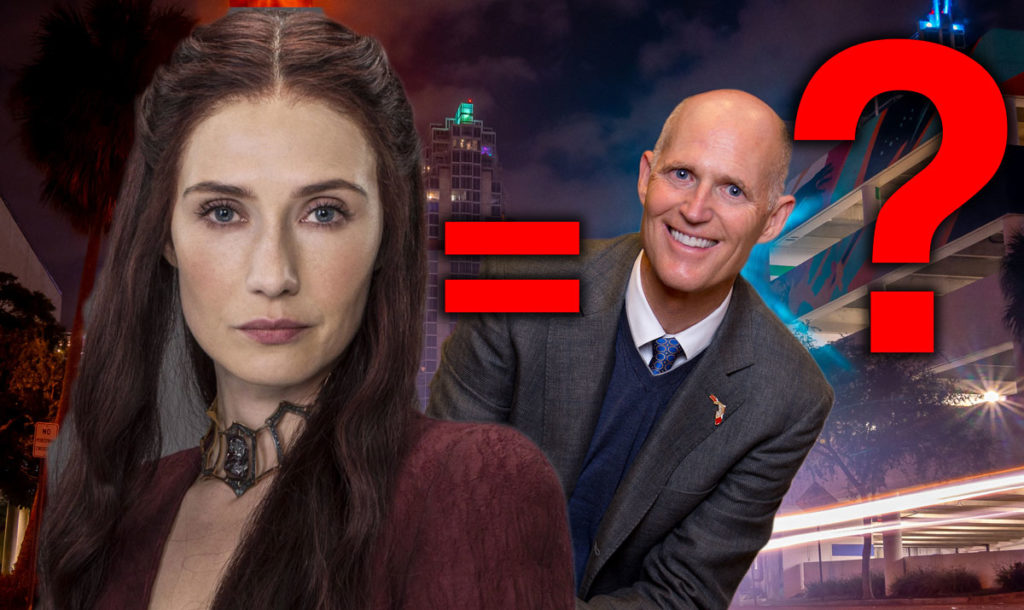 Let me be the first to admit that I have not completed watching the Game of Thrones (GOT) series, but I have made it halfway through season six and (SPOILER ALERT) Senator Rick Scott, who made his millions defrauding Medicare and then in turn spent millions of his fraud money to get elected as governor of Florida so that he could make his friends and himself richer, was revealed to be the true form of the Red Woman.

The Red Woman in GOT is a character who birthed out a ghost creature thing that killed a person, a parlor trick popularized by Scott himself during his party days in the 1980s-’90s

Tampa News Force looked up the number to call Scott’s office but we did not call to confirm this story for fear of further spoilers before we had a chance to complete the series.

One thing we do know is real is that Scott would deny this accusation immediately due to the overwhelming evidence against this absurd claim.

What did you think of the GOT series finale? Let us know on our home page chat!