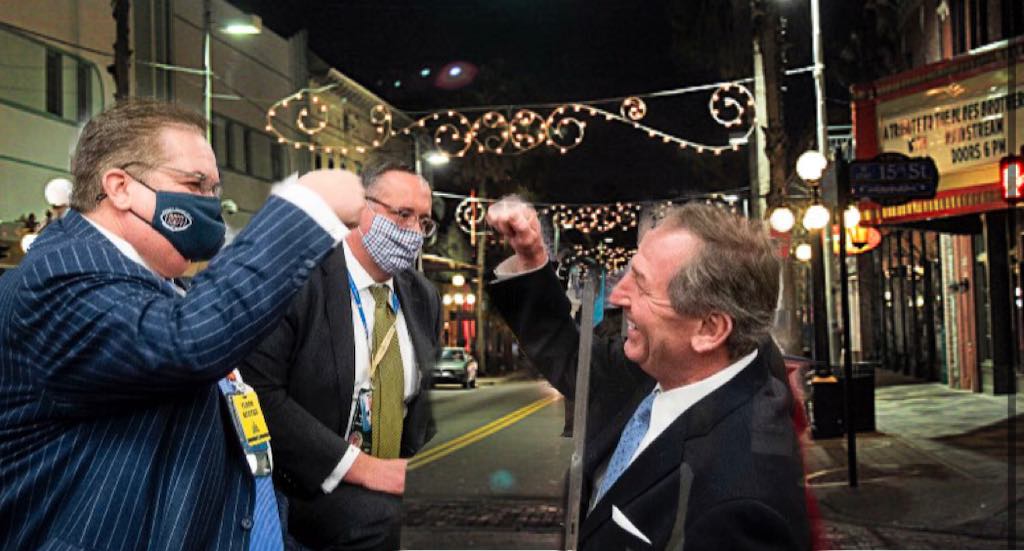 Marko “Mike” van der Veeen, a low-ranking sales associate at Buy-N-Ride, a buy here, pay here used car dealership in Seffner, has won the title of champion on a new reality TV series and is celebrating with a week-long bender in Ybor City.

“I did it! I fucking did it!”, he exclaimed, after disembarking from a party bus with some of his used car salesman pals and a couple of entertainers from Deja Vu Showgirls outside the Ritz Theatre.

The show, “America’s Worst Lawyer” is a competition where the most incompetent participant wins the grand prize. It is broadcast on satellite channel 4058.

The season finale featured a trial which wasn’t really a trial, during which contestants were tasked with defending a grotesque buffoon against scurrilous accusations of heinous acts he totally committed. Van der Veeen’s closing argument included rambling, incoherent, untruthful and frivolous declarations, including a self-indulgent complaint that he wasn’t having any fun and he easily defeated his competition, an addled chimpanzee named Roscoe on loan to the show from a travelling roadside petting zoo.

Judges scores indicate that van der Veeen lost the trial decisively to the opposing team of people who actually knew what they were talking about, but not by enough to be defeated by Roscoe.

“Basically, I covered the spread”, he said. “And anybody who bets on sports will tell you that’s all you have to do.”

Upon being declared the winner by virtue of losing by an acceptable margin, he decided to celebrate by heading to Ybor City, Tampa’s party district with some equally unsavory friends.

“I’ve never won anything in my life so me and my boys have got some making up to do! This is gonna be an epic, weeklong rager that I’ll pay for with the prize money I get from the show”, he said. “I haven’t been paid yet and the producers aren’t returning my calls but I don’t think I have anything to worry about.”