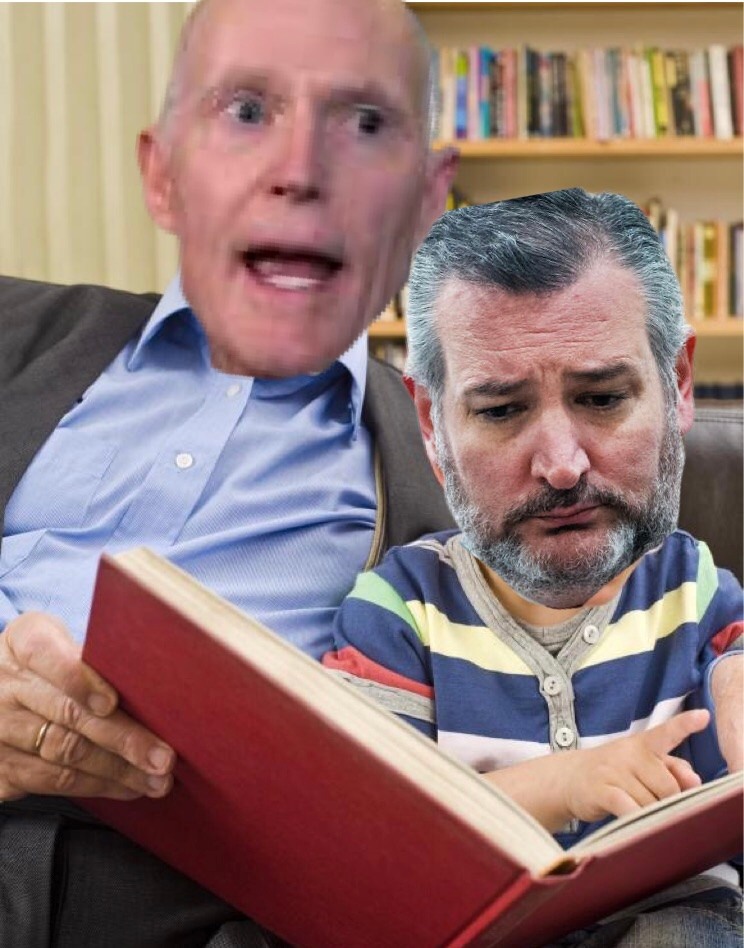 Following the contentious Supreme Court confirmation hearing for Ketanji Brown Jackson, in which several questions were raised about children’s literature for some reason, discarded Halloween decorations and US Senators Rick Scott (R-FL) and Ted Cruz (R-TX) have announced a new reading program for kids, “Read With Uncles Rick And Ted”.

“We feel like we really are America’s Uncles,” said Scott. “Specifically those uncles that families won’t allow their kids to be alone with. Not because we’re perverts, but because we’re objectionable in many other ways, mostly a pervasive sense of general, non-specific creepiness.”

“We’re not lizard men. We just look like we could be because we actually are,” added Cruz as he licked his left eyeball.

Both senators say this will not be like most traditional reading programs for kids.

“This will not be like most traditional reading programs for kids,” they said in robotic unison.

Scott then said, “We won’t be reading to the kids, or even reading along with them.”

“No, we’re just going to tell them what we believe the book is about and why they should never, ever read them,” added Cruz. “Say for example, a book titled ‘Antiracist Baby’ written by Ibram X. Kendi and illustrated by Ashley Lukashevsky. Obviously I’m guessing that’s a book about how all babies are racist, and that simply is not true.”

“Right. Only the good babies are born racist,” chimed in Scott while silently mouthing a word that might have been ‘white’.

“Yeah, if people don’t wise up and start thinking for themselves, this program is going to be around for years and years,” said Scott. “Just like me and Ted.”