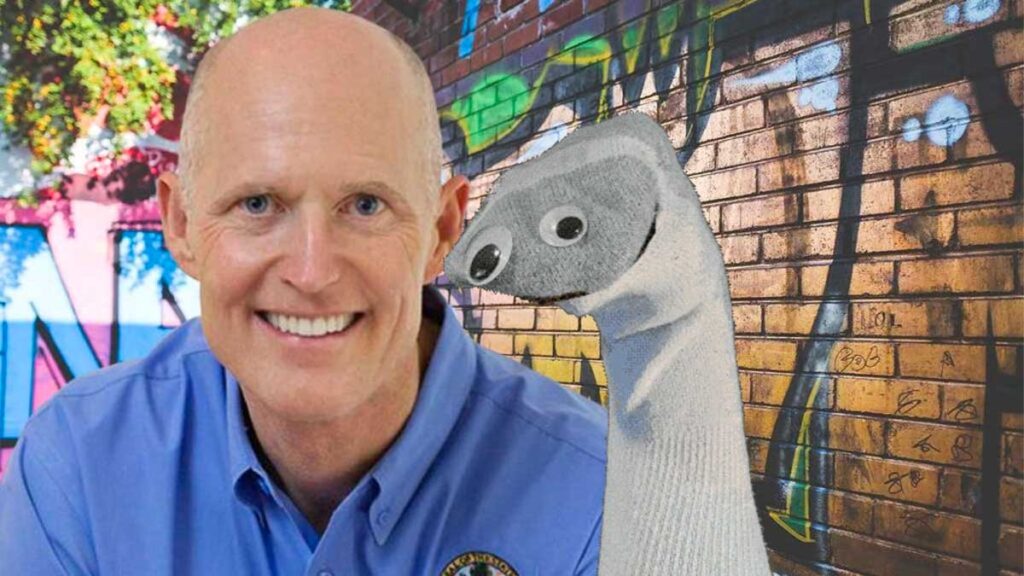 While praising the GOP for officially announcing that the Republican National Convention (RNC) will be held in Jacksonville, FL, Florida Senator Rick Scott announced his mysterious best friend will be joining him at the convention.

“When I arrived in D.C., I was sad I wouldn’t get to see my best friend who actually lives in Jacksonville,” said Senator Scott, a man who has been famously afraid of stepping foot anywhere near anyone who lives in Jacksonville, FL. “Friendship is one of the most important things in this world, more important than the fact that I oversaw the biggest Medicare fraud scheme in United States history.”

Scott then shoved his hand down his pants and pulled it out to reveal that he had a knee-high sock with glued on googly eyes and a sharpie mouth.  He then introduced the sock as his best friend, Rick Sock.

“Hi everyone, I am so excited that the GOP convention will be held here in the greatest state in America,” said Scott, in a high pitch voice pretending to speak as Rick Sock. “I can’t wait for this convention to bring economic relief to Jacksonville’s downtown area.”

Senator Scott then announced that the only economic benefit to the city of Jacksonville from this convention will be for upgraded police riot gear equipment to fight protestors.  No business will actually receive money from this convention, except for the few catering companies who will be forced to serve omelets to drunk lobbyist who won’t tip them.