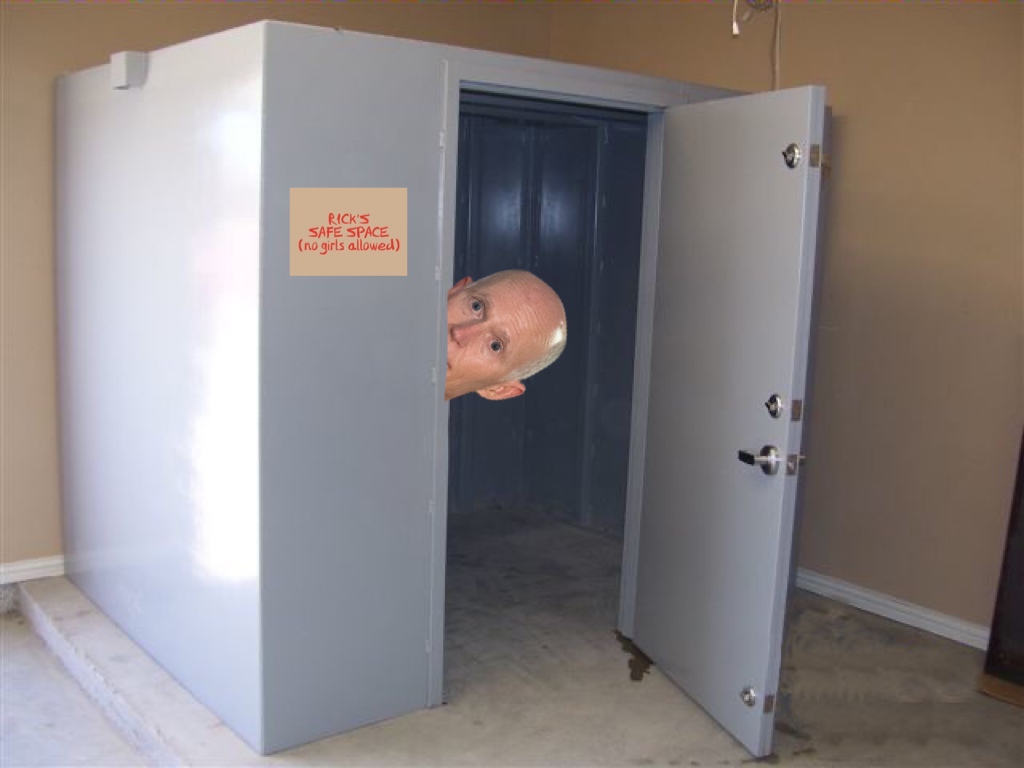 In an unprecedented display of bipartisanship, Florida Senator Rick Scott has offered the use of his personal panic room to liberal journalists from the Washington Post.

Scott spent most of yesterday Tweeting about how his new 11 Step Plan to Rescue America was “triggering” his political opponents, as opposed to touting what the plan actually is and how it’s supposed to help people.

At one point, he Tweeted, ‘Can someone find the @washingtonpost a safe space? They haven’t been this triggered since President Trump won.’

“Then it occurred to me, ‘Hey, I have a safe space! They can use mine,” he said. “It’s the same one I ran off to and hid in like the little bitch I am when that mean lady yelled at me at the Starbucks.”

Senator Scott’s safe space was designed by a company that installs panic rooms and features 4” think concrete walls reinforced with steel lining, a cot, a television and his blanket.

“It’s pretty great. I just love the way the chamber echoes,” he said.

“Nobody should ever have to feel the way I felt when that constituent publicly embarrassed me by trying to hold my little bitch ass accountable for my actions so I guess I can empha— empith— whatever that concept is with which I am completely unfamiliar where you understand how someone else feels about something and you relate to them on a human level. That thing.”

“Yeah, the Washington Post can use it if they want but they are not allowed to touch my crayons,” he added. “I have my hard limits.”