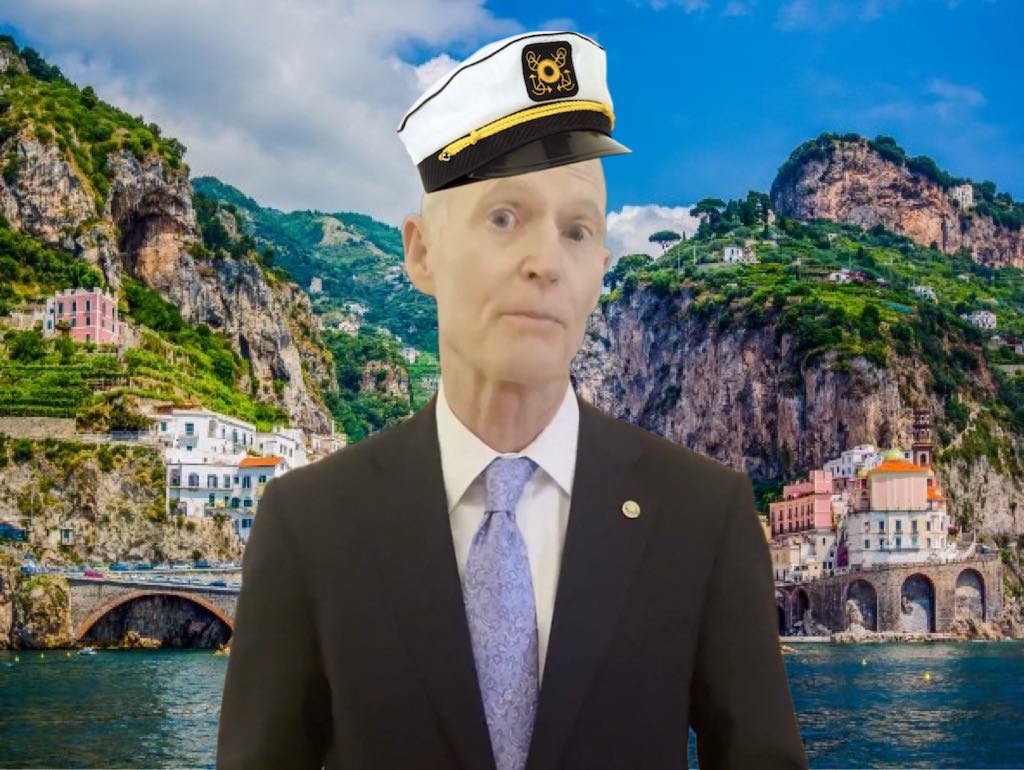 Scott sent these Tweets, among many, many others from a luxury yacht in Italy, where he is currently vacationing at a time when part of his job on behalf of the Republican is to win back a GOP majority in the upper chamber while Republicans’ prospects for winning back the Senate have been worsening over the course of the summer, according to polling and analysis. Republican candidates are underperforming across the Senate landscape, including what are seen as “must-win” states like Pennsylvania and Arizona.

“Yeah, yeah, yeah. I get the point you’re trying to make; that somehow this makes me some kind of hypocrite,” the almost-humanesque gargoyle statue said to us. “But what you’re not recognizing is that I’m equally effective being ineffective here in Italy as I would be back in America.”