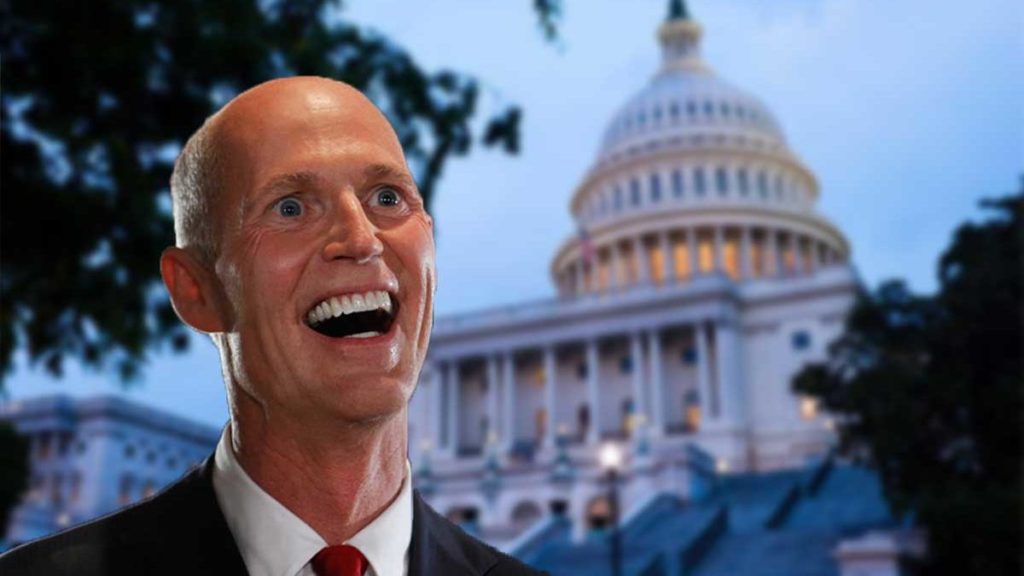 After flying into the room and transforming from a vampire bat into a human, Scott excitedly went over specific tactics he has for cheating the impoverished, such as a new tax which will effect only those who own cars 10+ years old.

“If you don’t own a new car, you’re not my friend and I don’t care about you. Did you know I had Mike Tyson be the best man at my wedding?” Scott said accurately to the group of onlooking journalists. He also mentioned how if you buy frozen food that’s not Publix premium fish products, you will automatically be put on a list of people that the government can choose to raid at any time they see fit.

“I also want to fine people who don’t eat out at least 3 times a week,” said Scott as he coughed up some blood that definitely wasn’t his. Then Scott made journalists raise their hand if they made over $100,000 a year, then cackled when none of them did.

“I hope you all suffer, and I will do my best to make your lives as painful and uncomfortable as I can, for as long as I live, in my immortal, walking-dead vampire body.” A few times Scott turned his aggression towards the conference and took swipes at the crowd with his scythe-like claws, but his senatorial handlers stepped in and kept him around the vicinity of the podium.

Scott highlighted other points such as “the poor don’t deserve to live,” as well as, “only rich people deserve quality life.” The conference wasn’t received to any ovation, and made most everyone in the room very uncomfortable.

When Scott finished the conference, a loud spooky screech was let out as he tilted his head back towards the sky and opened his mouth wide. Senator Scott then melted into a black pool of darkness which spilled out of the room through the bottom of a door. Harry Potter showed up shortly after claiming he was going to “stop the evil one,” but the gaggle had to inform Potter that he was too late.