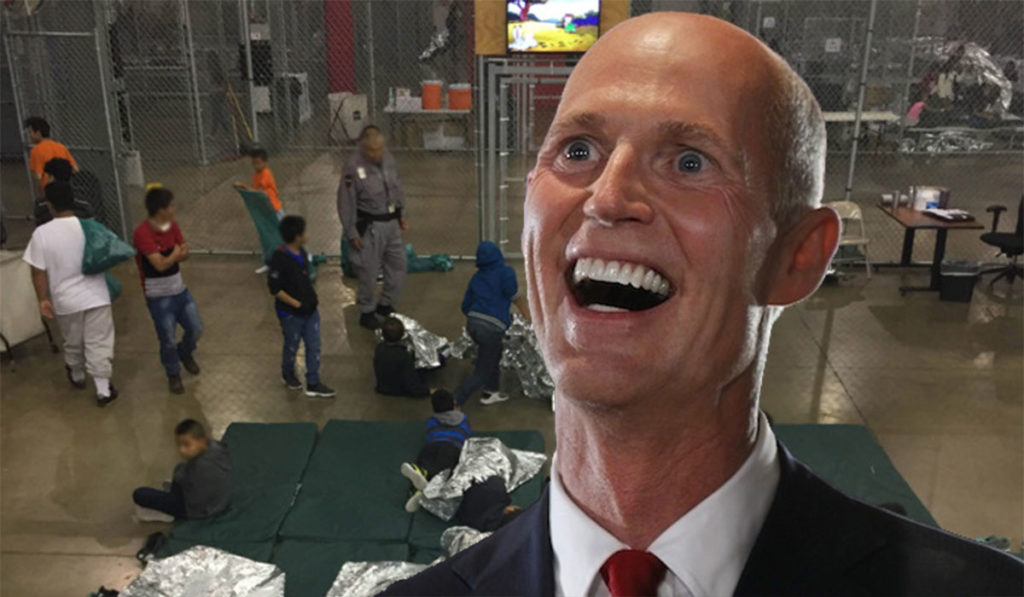 Rick Scott, the junior Senator from Florida who spent $83 million to get elected, is advising President Trump to allow him access to the detained children camps so that he may harvest immigrant children’s souls and extend his life meter.

“I made my fortune defrauding Medicare and Medicaid,” said Scott, waking me up as he emerged from under my bed while I was trying to sleep. “You know what I could have done with that money?”

I tried to imagine what I could do with $83 million dollars, but in my sleepy haze I was more creeped out that Scott was mistaking me for one of the children in the interment camp that Trump is keeping them in.

“My Khaleesi won’t allow me entry to the concentration camp for immigrant children,” Scott said while licking his lips in a ferociously hungry manner.

“Look Senator Scott, it’s late and I don’t want to deal with this right now, you’re creeping me out,” I screamed while trying to fall back asleep. I was disturbed once again when Scott climbed into bed with me and started trying to stick his tongue in my ear. “Stop it Senator, this is getting really weird.”

“It’s the only way I can continue my quest, I need your soul,” Scott was now bear hugging me, he dislocated his jaw and knocked his skull back to open his mouth real wide and then he swallowed me whole.

I am currently working my way through Scott’s digestive tract, there are a few migrant children I have met here inside of the Senator who say they have been separated from their parents for months.

Only time will tell if we will ever escape this prison.