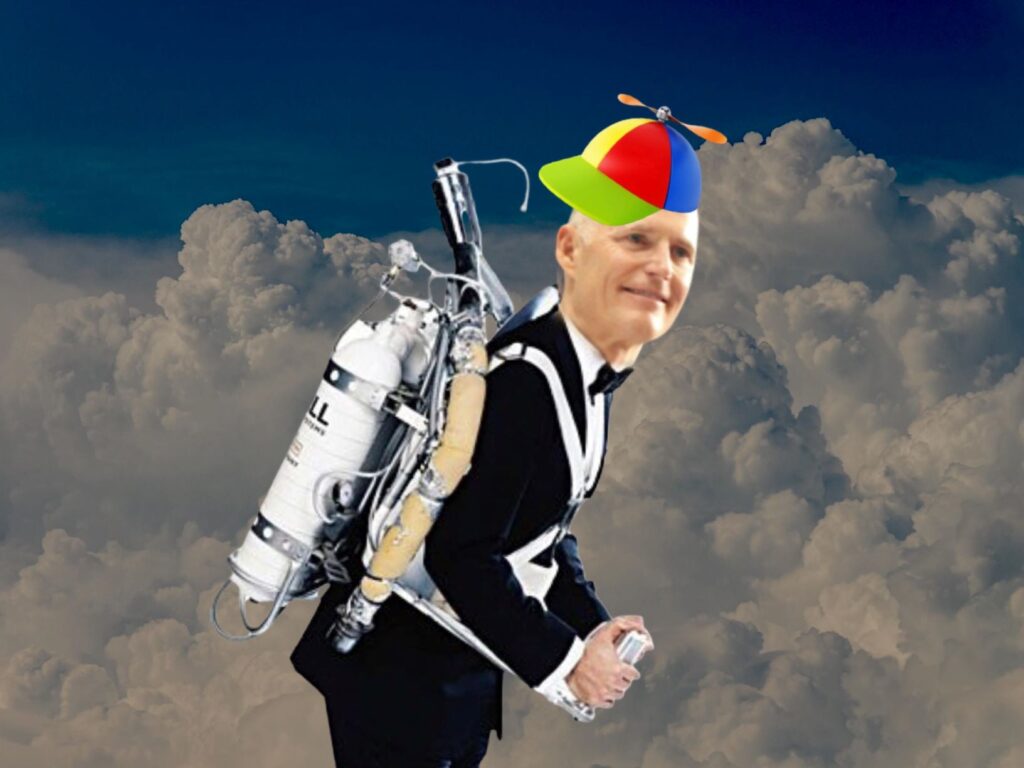 In an effort to find out “just what the heck is going on up there”, Senator Rick Scott has announced that he will be launching himself into outer space.

“Elon Musk is trying to get into space. So is Jeff Bezos. Why? What do they think is up there and how would it benefit them? This is something the American public needs and deserves to know”, said the former Florida governor. “And there’s nobody better to get to the bottom of it than me, U.S. Senator Rick Scott. I’ll go up there and see what’s what and report back.”

“Sure, Bezos and Musk are billionaires, but it’s important to remember that I made $300 million by committing Medicare fraud and that’s not too shabby”, said Scott.

“Seriously, nobody should ever forget that I committed the largest Medicare fraud in history.”