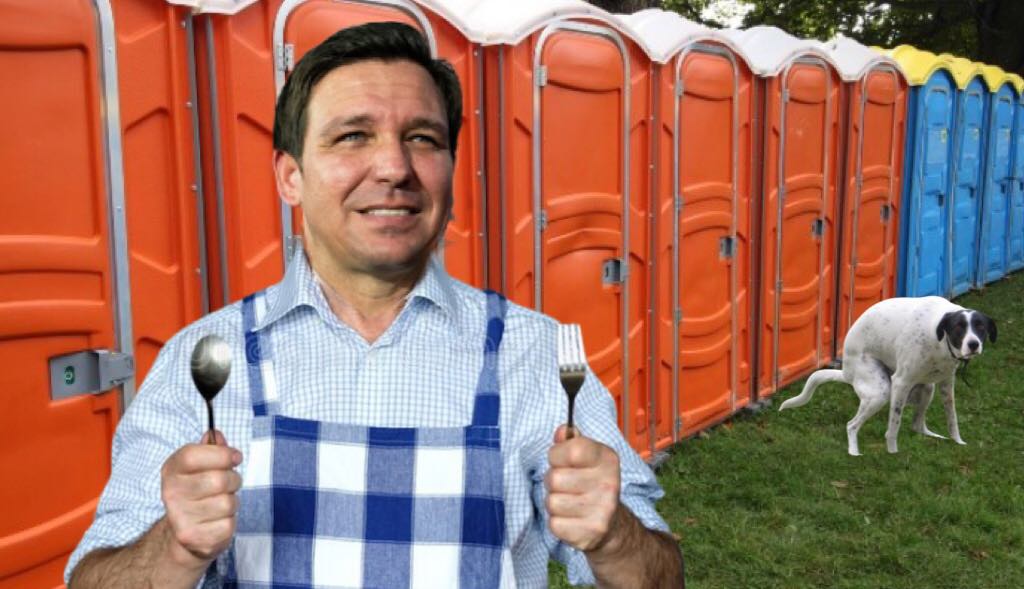 According to a Tallahassee neighbor of the Florida Governor, Ron DeSantis is on a poop-eating rampage. The source requests to remain anonymous but provided an alias; Timmy Bananas says, “I looked over my fence one day while I was tending to my orange tree, only to see Ron on all fours with his head in the grass and shit all over his face and hair.”

After some research, we found out that the governor does not own any pets. Is he borrowing poop from a neighborhood dog? Is he taking juicy deuces in his own lawn? Has he asked his family to defecate in the backyard for his own selfish delights?

USF Professor of Scatology, Marty Doody said this habit could explain why the governor seems incessantly unhinged: “Scat has E. Coli. E. Coli causes psychosis in humans. The governor probably has stool particles in his brain and all throughout his body.”

We reached out to DeSantis’ family for comment. His mother said, “Oh, don’t worry. He’s been doing this since he was a boy. We had to write letters to our community when he was a kid to ask folks to pick up after their pets, as Ron couldn’t control himself outside.”

After following the governor for several days we have ranked his favorite kinds of feces for our readers:

If you feel like sending Mr. DeSantis a little treat, his office is located at 400 S Monroe St, Tallahassee, FL 32399.