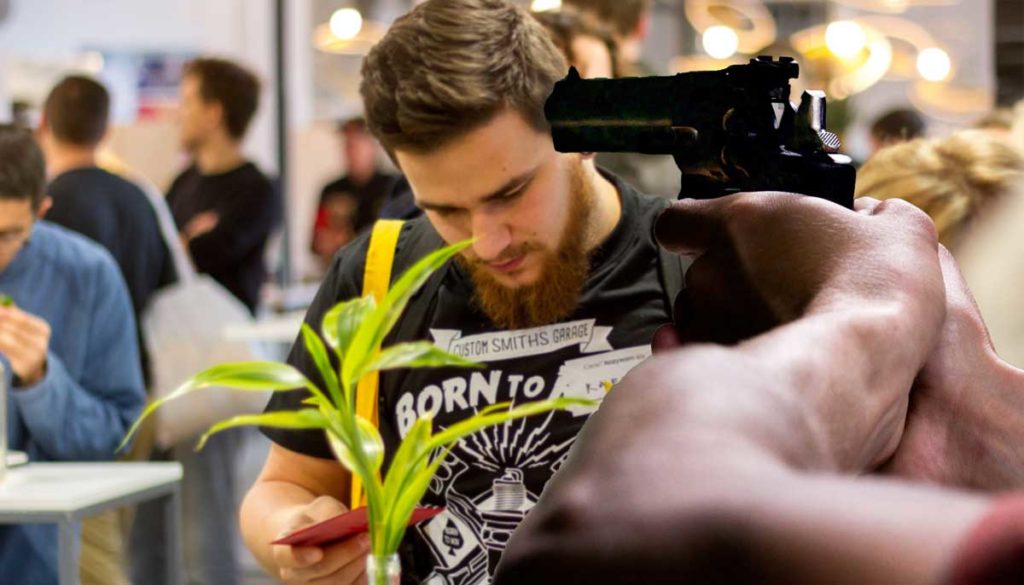 A Hillsborough County teacher accidentally dropped a firearm in class today, shooting a student who turned out to be a school shooter.

An 11th grade geometry teacher at Woodland High was in the middle of his third period lesson when his 44. Magnum dropped from the holster on his right hip, causing the gun to misfire and graze a student seated in the fourth row.

The student was rushed to the hospital, however in the process, it was discovered that the students backpack was full of loaded guns and a handwritten plan of intent to commit a mass shooting. The teacher is being hailed as a hero and shamed for his wildly unsafe handling of a deadly firearm.

Zepp Leddelin, the 36-year-old teacher from Ohio claims, “That was just God helping me catch the bad guy.” Implying that divine intervention took place, and that one way or another the boy would be caught and brought to justice. “He only got grazed on his shoulder! It’s like a little slap from the lord saying, ‘nah ah, don’t do that my child!’”

Two other students in the classroom also had guns, but they were registered and waivers had been signed by the teachers and parents for those children’s gun use. “You can’t be too safe around these kids!” Said one of the kids. “I always thought that kid would be a school shooter… But I also thought like 6 other kids could be a school shooter, so I’m really not that surprised.”

It’s reported that Mr. Leddelin was doing a “bust down thotiana” parody song replacing the curse words with geometric terms, when he tried to do the dance portion and the gun fell right out. Half of the children were asleep with headphones on so they didn’t witness the incident, but those who were paying attention say it was very “annoying.”

The teacher is receiving an award for bravery and 2 weeks paid time off for the misuse of a firearm. He’s expected to be promoted and transferred to a school in Alabama.