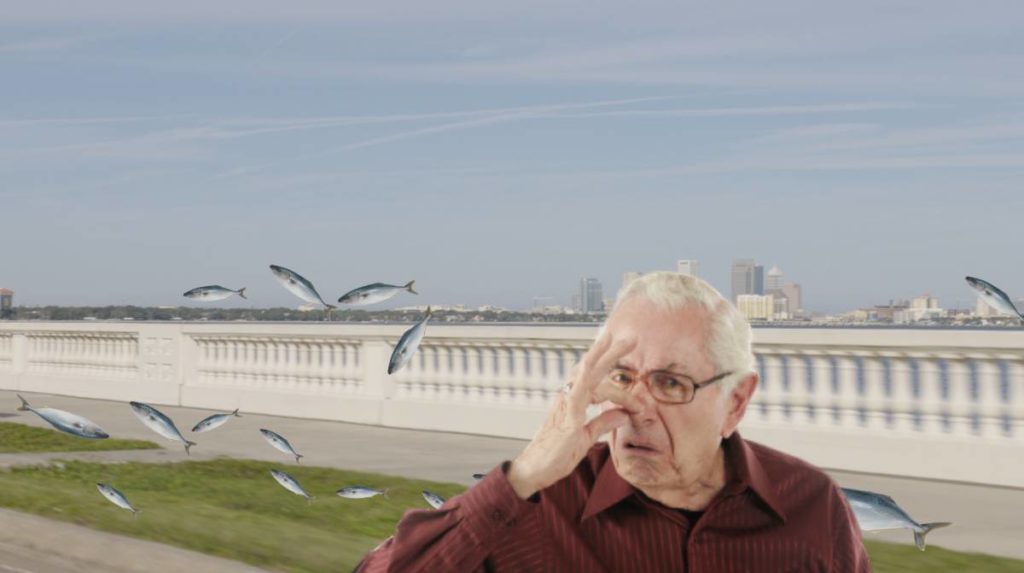 If you’ve ever walked down Bayshore Boulevard, you may have noticed that fish sometimes unexplainably, jump out of the water. Many speculated reasons why this may be, but up until recently, nobody knew the official answer.

Now, scientists have proven that the reason the fish have been jumping out of the water is because, “it smells bad.”

“The bay smells bad,” says senior marine biologist Sheila Ziper. “We studied many different variables of the bay itself,” Ziper says as she motions her hands together like that ancient aliens meme guy. “We studied water height, water content, water taste, touch, feel, wetness,” she pauses, “but then we noticed something.” She points towards her nose. “The water smells,” she smiles, “bad.”

“The water smells bad, and the fish have to spend all day in it. So when they get into the most polluted parts of the bay, they jump out, to get a breathe of ‘fresh’ air for brief moment, then it’s back into the sewage.” Ziper concluded her quote by staring blankly at me.

The bay has been known to fill up with gas station polar foam cups, leftover beads from Gasparilla, and good-old-fashioned garbage.

“For years I wondered why they were jumping out of the water!” Says Clem Hanley as he speeds around us on his recumbent bicycle. “I live right on the water! My house cost millions of dollars! But every time I open my front door, I get a huge whiff of s**t, right in my face! It hits me like a brick wall!” He’s having more fun than he should for some reason. “I mean, you’d think, ‘house right on the water, this is perfect!’ But in reality, it’s only almost perfect. Because until the government,” he points at a stop sign, “gets their s**t together, it’s always going to smell like s**t around here!” His own cyclical seemingly-mistaken semi-joke immediately registers in his head, and he tries to act like he made that statement on purpose.

What this information means for the future of Bayshore and the cleanliness of the bay is still up in the air.

“Most people didn’t even realize fish could smell,” says Ziper. “I didn’t even know until last week!” She covers her head to keep her hat from blowing off in the wind. “I got this gig, and I studied the stuff they wanted to, but I put a magnifying glass over the fish’s face, and I noticed it has what looks to be a nose.” She defeatedly shrugs as if she thinks she’s just been exposed as a fraud, however we are not judging her. “You can tell my parents I’m not going to be coming home.” She says to us. “You can tell them… I’m a Tampanian now.” We stare at her. “Oh yea, I’m from Boston by the way, I forgot to mention that. Go Sox!”

The city has encouraged residents to do anything they can to “stop the bay from smelling bad,” however no official measures have been released.