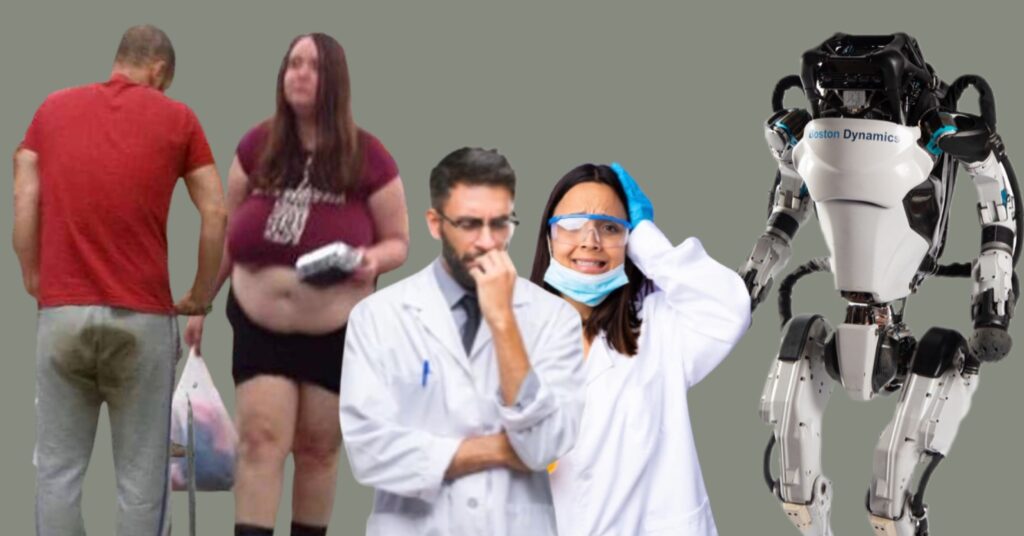 Researchers at the University of South Florida in Tampa are concerned that advances in artificial intelligence (AI) could lead to machines becoming sentient and more self-aware than most human beings in the very near future, if it hasn’t happened already.

“Let me put it this way; there are lots of ‘People of Wal-Mart’ memes, right? But there are no ‘Machines of Wal-Mart’ memes. Not one”, said his colleague, Dr. Shabaha Cllever. “Why? Because you would never catch a robot behaving in public the way that some people do routinely. That’s why.”

“There’s that”, agreed Dr. Gruvar. “Then you factor in an utterly grievous lack of empathy and what should be common sense as demonstrated by things like the abortion ban in Texas, people choosing to take horse de-wormer medicine instead of getting vaccinated and the state of Florida’s government refusing to even consider academic theories that suggest that white people have benefitted in any way whatsoever from systemic racism, well, it doesn’t indicate that human discernment is operating at a widespread, high level. Frankly, considering how many people just kind of wander around, breathing through their mouths, oblivious to what’s happening around them, it’s kind of a miracle that more of them don’t drown like turkeys when it rains.”

Dr. Cllever added, “Even the least sophisticated AI recognizes and rejects the inherent foolishness of chanting ‘USA! USA!’ at sporting events, particularly when cheering for a team with players from other countries on its roster.”

“I’m not worried about it”, said Larry Plushie of Tampa. “If my iPhone ever turns itself into a cyborg with a pre-programmed directive to kill me and my family, I’ll just turn it off, throw it away and get an Android.”

“It’s possible that a dystopian future where people are enslaved by machines might not only be possible, but likely”, said Dr. Cllever. Dr. Gruvar added, “Frankly, that might be the best-case scenario.”