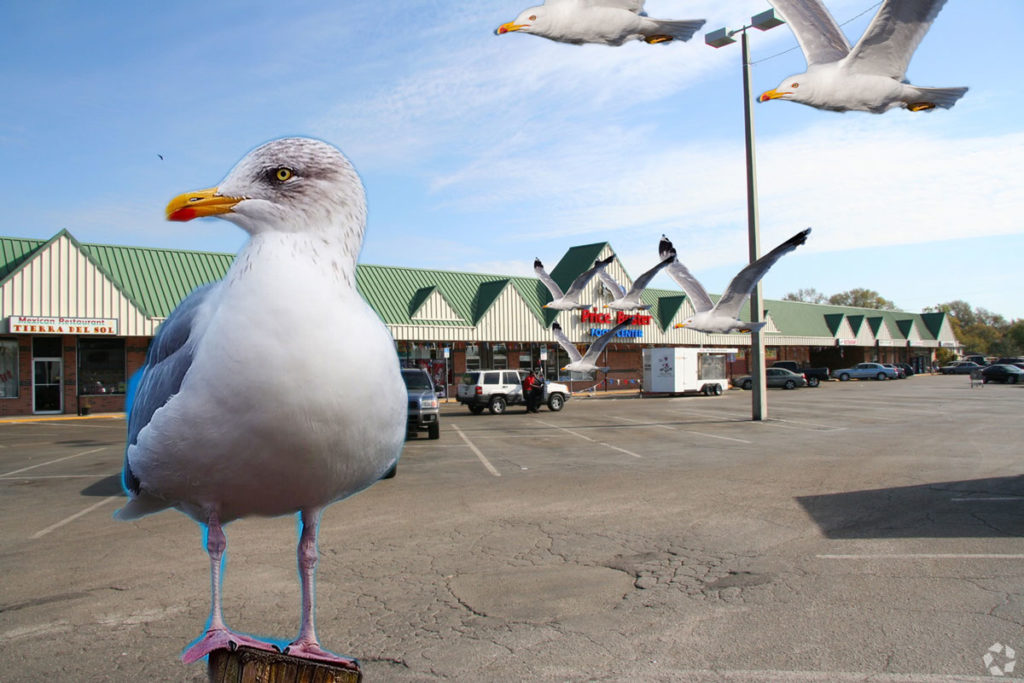 A seagull spotted scavenging for food scraps in Plant City has caused a local church to declare that the end of the world is imminent.

“Surely this is prophecy and the end is finally nigh,” says Anita Haymaker, a member of Plant City’s New Order of the Rolling Flock or N.O.R.F., a group that meets once a week

“A seabird this far from the sea? Obviously a harbinger of a massive flood!”

The sighting was confirmed by another member of N.O.R.F., Russell Quakemore. “I seen him when I pulled into the Hardee’s parking lot,” explains Quakemore. “He was munching away on a soggy piece of hamburger bun he got out the dumpster. It was like looking into the face of God Himself.”

N.O.R.F. is considered by most mainstream religious organizations to be a radical fundamentalist fringe group and is frequently referred to as “a cult, only dumber” and “that dumb cult”.

Pastor Arnold Zinstwin, who founded N.O.R.F. and conducts services behind the Baker Street Boost Mobile on Sunday and Wednesday nights when there isn’t an Orlando Magic game, says he has no doubt that the seagull sighting means the world will soon end in relentless waves of misery, agony and terror but that this is good news for his church.

“Normally, when Russell gets excited about seeing an animal get food out of a dumpster, which happens a lot, I don’t pay attention. But frankly, we do really well every time the world ends.” Pastor Zinstwin says while giving me an absurdly long wink. “We haven’t had one of those in a while and revenue is down so I’m sure that God sent this as a sign to repent and prepare some new member welcome packets.”