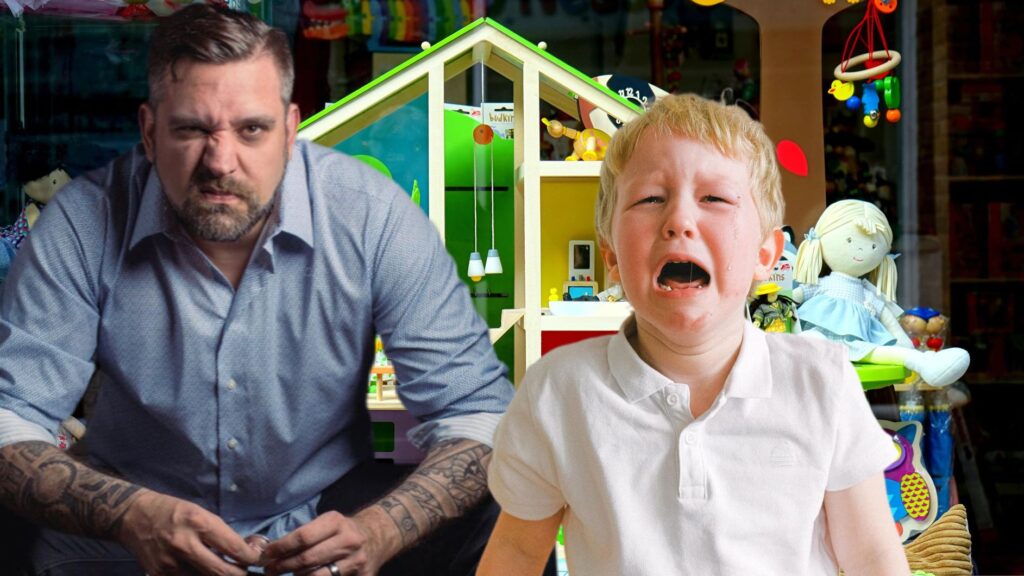 Some consumers are reacting negatively to Hasbro, Inc. deciding that the iconic Mr. Potato Head brand will be dropping the “Mr.” title in an effort to promote inclusivity.

Gender neutral means suitable for, applicable to, or common to both male and female genders.

The American multinational toy and game manufacturing conglomerate announced last Thursday that an upcoming playset will not feature Mr. and Mrs. designations, allowing kids to create their own potato families with two moms or two dads, a “celebration of the many faces of families.”

The characters Mr. and Mrs. Potato head are not being cancelled, a mistaken conclusion reached by many who misinterpreted the announcement.

“I didn’t misinterpret shit. I see what’s going on here. This whole self-identity nonsense is pseudo-psychological junk science and it’s ridiculous. Everybody knows that potatoes have no say in how they’re identified. French Fries, hash browns or tater tots. That’s up to God and God alone”, he said. “And the folks at Ore-Ida, I guess.”

“The point is that my son Gavin’s Mr. Potato Head will either have a penis, and not a detachable one like his other accessories, or it won’t be allowed in my home!”

Experts agree that toys promote children’s cognitive development by stimulating their concentration and memory skills and giving them the ability to solve problems creatively. They also teach children about sharing, and other healthy interpersonal skills.

“Yep. That all sounds pretty gay to me”, said Gleet.

He spent the past weekend sorting all of the 4-year-old’s toys, piling the ones that aren’t made specifically for boys in the backyard and setting fire to them.

Gavin shrieked in grief as smoke billowed from his smoldering beloved playthings.

“No more Potato Heads of course, but also no more Legos, no Play Doh, no Hot Wheels, no crayons and coloring books, no GI Joe’s because even though those are for boys, they’re made by Hasbro so they’re out. I even got rid of all his balls because Sarah Fuller has ruined sports for men,” Gleet said. “Gavin will have nothing that can’t be enjoyed exclusively by heterosexual males because men need things that are just for us.”

“This is all for Gavin’s own good, not mine; I don’t play with toys,” Gleet said while sitting on the single-seat Polaris Scrambler 850 4-wheel ATV parked in his garage. “That’s how I was raised and I came out great. Now, all he has is his stuffed bear and that’s only because his name is Teddy.”