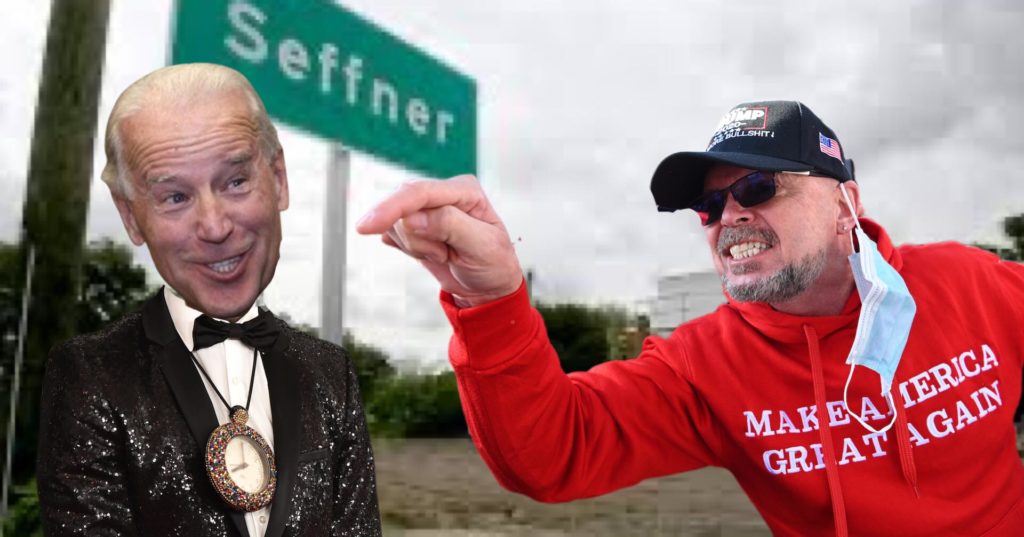 Randy Spragg of Seffner woke up this morning to find that an hour of his day had been taken away and he wants the President of the United States to give it back.

It was explained to him that daylight saving time 2022 officially began today at 2 am, meaning we moved all the clocks ahead one hour last night as we’ve done every springtime since 1918 and that the President has no direct influence on that, and he replied, “Bullshit. We never, ever moved ahead by any amount in any way under Trump. That was the whole point!”

“I mean, Trump is still the President because the election was stolen so he’s still in charge but this isn’t his fault. Nothing could ever be his fault,” he said. “Make It 10 AM Again!”

When asked about the extra hour given during the fall, he said, ”You mean the Time Stimulus? That’s mine! I earned that! I deserve it!”

Spragg seemed to be getting angrier and angrier until he actually began vibrating and levitating several inches above the floor.

“This fuckin’ Let’s Go Brandon motherfucker made me miss the 10:30 breakfast cutoff deadline at McDonald’s so I can’t get breakfast again until tomorrow. That means he owes me at least five McGriddles, some hash browns, a sweet tea and .75 a gallon off my next gas fill-up!! AUUGH, BIDEN I JUST HATE YOU FOR BEING THE REASON FOR EVERY ONE OF MY PROBLEMS SO DAMN MUCH!!!!” He screamed until exploding and leaving behind a small cloud of pink mist that smelled faintly of raspberries.