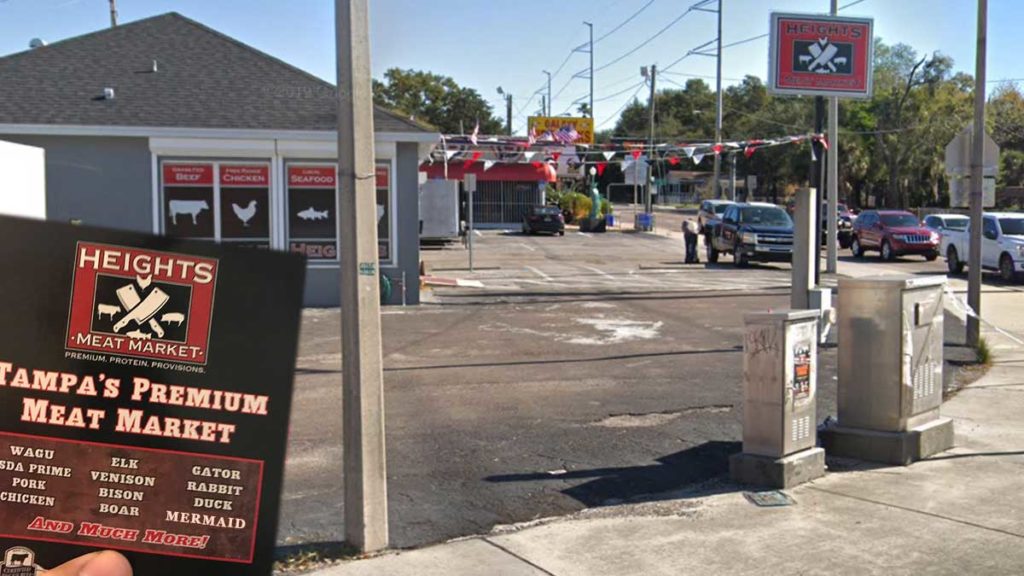 It was discovered that the Seminole Exotic Meat Market had been selling mermaid meat which was fished illegally, causing them to have their exotic meat selling license revoked. Customers concerns were raised when one day there was a sign out front that read, “now selling mermaid meat.” Regulars tried the meat in a sandwich that was being sold in the storefront, claiming it tasted, “very magestic” and “fantastic.”

“It was unlike any meat I’ve ever tasted,” said Clek Regla, ex-surfer who moved to Tampa after his benefits didn’t kick in. “I’ve tasted a whole bunch of ocean meats, seeing as I’m a retired surfer,” he did the hang loose sign, “But I’ve never tasted anything quite as tubular as this. And they said it was mermaid meat. So that was interesting.”

Screaming children would cry out to their parents when they’d see the sign stating there was mermaid meat for sale which prompted some to call the police.

“I called the police.” Said Penelope Leese. “When my kids cry, I get scared, and I know I need to do something.” She shook her head and cried for a split second in a manic breach of composure. “I’m not really sure exactly what I’m doing as a parent, but I do know, that if you see mermaid for sale at a meat market you call the police!”

The owner of the meat market was able to give us a statement as he was being dragged out in handcuffs.

“Yea, it’s messed up!” He shouted, clothing being stained from the dirt and grass he’s being dragged through. “Our guy overseas said he had a deal on something that was really ‘magic’ and ‘unbelievable.’ Boy was he right! People love this stuff! So much that they’re fighting each other for it! Look, see!” He motioned with his neck to a location behind me, I turned but I didn’t see anything fighting. “You just missed it!” He said. “I swear they were just fighting!”

The meat market is having a going out of sale cook-out as they will now be shut down for selling an illegal meat, and also exposing to the world that mermaids are real when the government hadn’t deemed humanity ready yet.

“We were going to let people know soon.” Said Sally Shadow, our contact for the shadow government. “One day people will be ready to know that aliens and Bigfoot and mermaids and shit are real, it’s just not that time yet. You’re not recording this conversation for one of your fake news stories right?” She said.