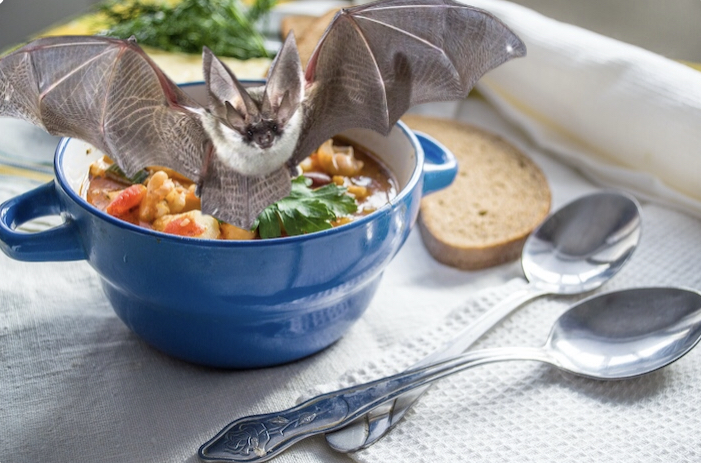 The inaugural Seminole Heights Bat Soup Festival is scheduled to take place on July 19th conditions pending the Seminole Garden Center park remains open. Many vendors have already dropped out due to the virus, but thirteen of the original thirty five bat soup purveyors are still committed to the event.

“We had just closed a deal for 4,000 square feet of retail space to sell bat soup out of, I mean dozens of chefs all doing personal-omelette-style one-on-one culinary feats for guests with the rarest of bat meats straight out of asian caves. But not the Wuhan caves, we stopped carrying those in April.” Marskoff recited from the chair of his bicycle pushed food cart.

Jedediah Munk, native of Seminole Heights organized the event through a Tik Tok comment thread a year ago, and had put in all the effort into making the festival take place.

“It’s f***in bulls**t man, I invested my life savings into this bat soup thing because I was ahead of the curve, just like I always am! And I jumped all on this one and got wiped hard because of some bad soup PR pffft!” Munk then angstily threw an axe at a stump across his yard then touched the top of a two-headed gator statue and pointed to the sky as he walked into his bungalow.

The festival will feature many different preparations of the traditional bat soup dish including bat mixed with other animal meats such as weasels, ferrets, pangolins, and mud fish. Spices from all regions of Asia and India and Brazil and Bradenton will also be integrated into the dishes, as well as a bat soup drink-off contest, challenging guests to see how much bat soup they can drink, and how quickly they can do it. Winners will receive coupons for discounted bat soup at a later date TBD once most restaurants reopen fully.

Tickets to the festival will start at $90, but you may be eligible for a discount if you text Jedediah Munk, I can give you his number it’s 555-555-5555 I swear to God, that’s it, I know that looks like the fakest number, but it’s actually real and we laugh about it all the time, seriously bring it up, he’ll laugh about it. Waivers must be signed at the door saying Bat Soup Inc. (the LLC started by Munk) is not responsible for your health and not liable if you get Coronavirus, or the new asian pig virus that they’re talking about in the news right now.