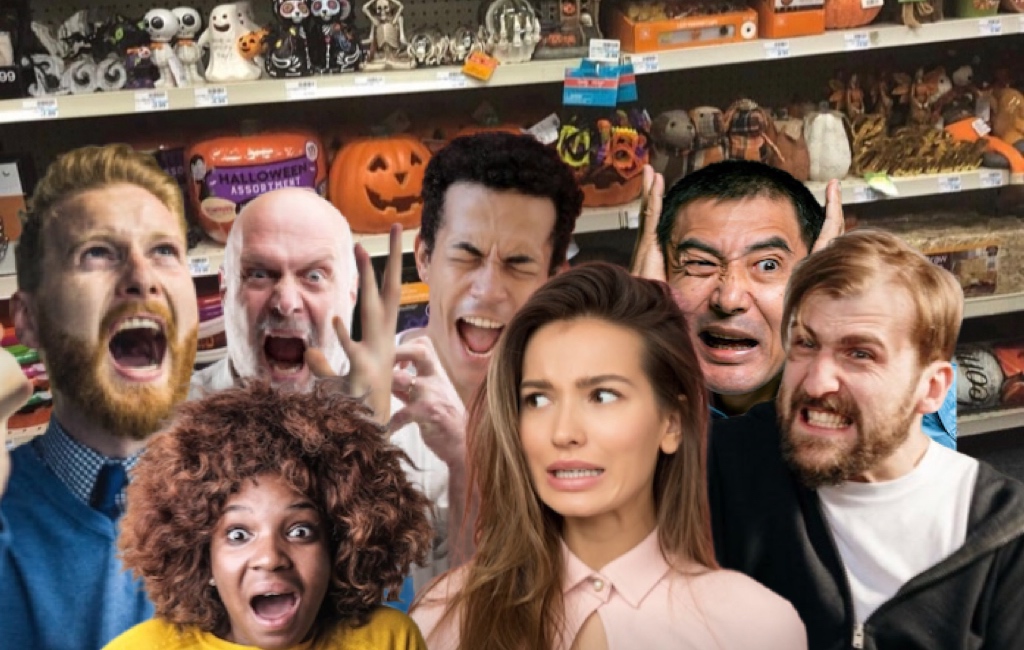 A huge fight between a number of shoppers erupted yesterday at the CVS drug store at 6701 N. Dale Mabry, over which holiday decorations are appropriate to put on sale at this time of year and a complete inability to mind their own business.

It began when two women entered the store and immediately encountered a display of various Halloween items. One remarked to the other, “At least they’re not selling Christmas stuff already, like most places”, to which her companion responded by snorting, “Yeah, no kidding.”

At that point, a man standing near the potato chips commented, “Starting the war on Christmas a little early, aren’t you, Karens?” One of the women, who may or may not be named Karen, but probably not, snapped back, “It’s too soon for Christmas!” The man yelled back, “It’s never too soon to celebrate the birth of our Lord and Savior!”

Then a man wearing a Deftones tee shirt interjected, “Christmas isn’t about Jesus; it’s about capitalism!” This caused another man, this one wearing a teal Under Armour polo shirt with a golf glove sticking out of his back pocket to get involved, shouting, “It’s never inappropriate to celebrate capitalism!” For no apparent reason whatsoever, yet another guy screamed, “I’m Jewish!” and hurled a 9.9 oz. package full of ‘fun size’ M&M’s into the crowd, striking the other Karen in the forehead. The altercation suddenly turned into a physical melee, with all the participants attacking each other with a variety of weapons, including plastic jack-o-lanterns, battery-operated witches and inflatable skeletons, with some of those things being more effective at inflicting harm than others.

Regina, the manager on duty responded by yelling “World Star!!” while recording it on her phone to upload to the internet later.

Once police arrived and broke up the brawl, CVS employees surveyed the store and estimated the total damage to all the items at $370 retail, which translates to an actual value of about $14.