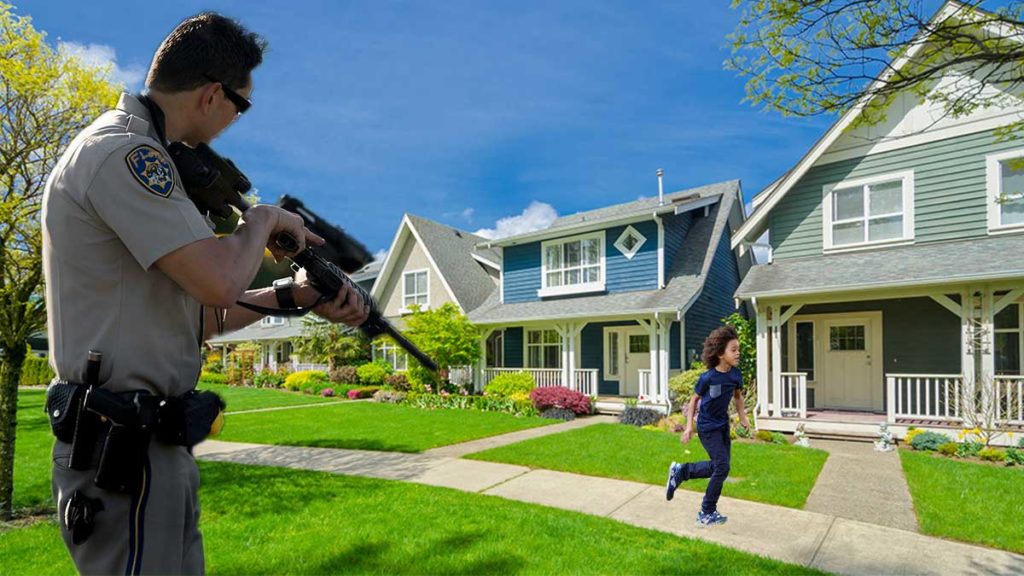 A sleepwalking cop in Pinellas County accidentally discharged his firearm towards a black child at 6:46 am in front of the boys’ home. Officer Gentle was in a sleepwalking daze, when he came across a young African American boy who was taking out the trash before school.

The sleepwalking cop who happened to have his handgun holstered while unconscious, drew his weapon on the child, firing immediately, then waking from his comatose state to realize what he had done. The child suffered minor wounds as the bullet slightly grazed his elbow. No charges have been brought up against the officer, because he was white and the child was not.

“I feel terrible.” Said officer Gentle. “It’s just kind of become second nature to automatically shoot any minority youth I encounter on the street. My hand gets twitchy and I get anxiety any time I see someone who doesn’t look like me.” He tips his hat at me. “But that’s kind of just the way it is.” He shrugs. “They’re putting me on permanent paid leave along with a stipend of $3,000 a month for crisis therapy if I choose so to pursue it.”

He begins to walk away then stops and turns back to say one more thing. “Also, all of us aren’t like this, we don’t all hate minorities and wish the worst on them and take out our own internal aggressions on them because we’re on a power trip. No, it’s just a select group of awful people like myself.” Gentle puts a thumb to his chest. “Guys like me are terrible, we exist in every industry, but we get glorified the most in public service industries such as law enforcement, the church, and the NFL because we’re the most prevalent! We’re always in the public eye. Terrible people exist all over the world. It’s the one’s with more responsibilities who get criticized more because we shouldn’t have our jobs! It’s natural for people to assume we’re all a**holes but we’re totally not! Just some of us. Like every other community. You need to judge people on a case by case basis.” Then he opened an umbrella and went up into the sky like Mary Poppins.

The child who was shot is now under investigation because he’s a minority, and the legal system doesn’t favor minorities.

“It’s absolutely ridiculous what’s going on.” The childs’ mother said. “After the sleepwalking cop shot my son and woke up, he demanded my son get on the ground, then made him prove that he lived in front of the house that he just walked out of, then he came in, pushed me to the ground, searched my sons room, found nothing, planted a bag of cocaine under his pillow which we recorded on camera through one of our security monitors. The cop then forced me to show him where the security recordings were, smashed our security system, shot our dog, made himself a bowl of ramen noodles and watched MASH reruns, then wiped his feet on our couch and left without saying a word. I want justice.”

As of yet, no justice has been served.