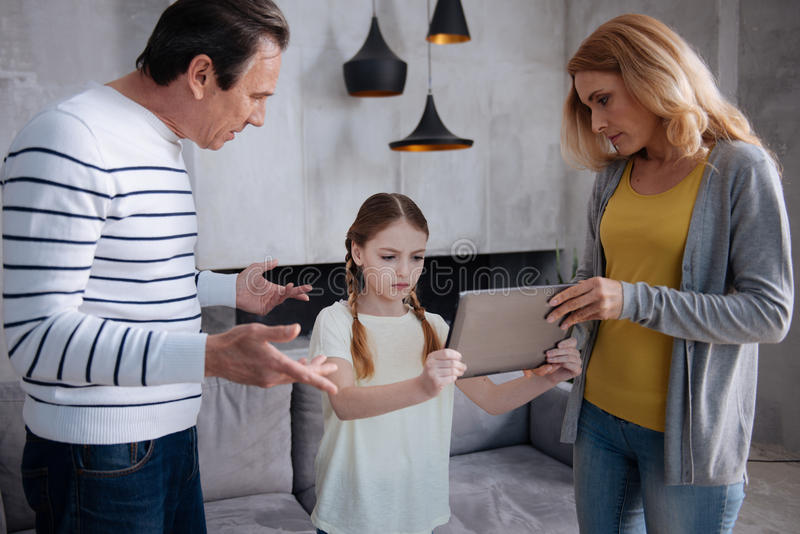 The temporary shutdown of Facebook and Instagram has caused a chain reaction resulting in parents acknowledging their children in the first meaningful in a long time claims an amateur study conducted at Tampa News Force headquarters.

“We began calling home because we weren’t connecting to either of those websites from our offices” said John Jacobs, writer and co-founder of Tampa News Force.

“The Book and Insta weren’t working so we called our houses, and luckily most of our children were home and able to access the landline, so we asked them if social media was working at the house, and they said ‘no’ so we said ‘ok,’ then hung up. That’s the most we’ve talked since I had my kids.” Laughed John while he ribbed a fellow coworker with his elbow, visibly hurting the man, who didn’t seem to be in too good health.

“Agh my ribs!” Shouted the coworker Jacobs had poked.

“Sorry about that.” Jacobs apologized.

“So anyway, yea maybe 6 or 7 of us in the office dialed home to talk to our families, 4 of them answered, and 3 of them had follow up sentence-exchanges with their brood.” Jacobs explained with an obliviously dumb confidence.

“Kids suck! Why should I talk to mine?” Jacobs interrogated while pointing to himself with both hands using four fingers each.

“I don’t know, I never said you should have kids I’ve never met you before, don’t ask me.” I finally responded, not letting him get away with another inappropriate rhetorical question.

“It’s obnoxious, and a lot of the things you’re saying are downright crude.” I glared back at his stressed eyes.

“Hey, I’m dealing with a shadow ban, a void of investments, and a full blown internal collapse of the organization!” Jacobs jovially retorted.

“Hey, hey, hey, listen.” I said, while waving my arms, fanning him back.

“I get it, I don’t care, I’m tired of listening to you talk at all. You’re clearly unwell and you need something else besides a news article written about you guys talking to your kids or something?” I forget why I was initially interviewing him, having it return slowly has I find my train of thought.

“I came here to talk to you about how the social media blackout forced employees to talk to their children, but instead you want to talk about the state of the company and the feverish nightmare which is your existence?” I sarcastically asked.

“Listen kid, I stopped listening to you too.” Jacobs said back.

“You suck, I suck, who really gives a shit?” He childishly asked.

“I guess you’re right.” I said, sitting up from the cross-legged position I had taken on the floor because my legs were getting tired.

“I’m going to leave now and go back to doing what I was doing before this interview started.” We both said in synchronicity.

“Oh wow, we didn’t say that line at the same time!” I said in jest.

“I guess we are a little bit different after all.” Jacobs stood back and smiled at me with admiration.

“Thanks for the kind gaze.” I told him.

“Now I’m going to get back to Tampa News Force headquarters.” I turned to leave.

Jacobs shouted at me, “Wait!”

I stopped and looked back at him.

“What?” Jacobs asked back, with a confused inflection.

“Remember when I was this age and I went to the future to interview you about the temporary social media blackout?” I said.

“Sorry for the confusion, doy!” Jacobs smacked himself in the temple playfully.

“Ok, well I’ll see you soon!” Jacobs said, giving me a knuckle pound before I walked out the hallway.

“Have a good rest of your day!” I said as I turned the corner towards the elevator.

← Partially treated Wastewater ranked more delicious than AquafinaQuiz: Do you know who these guys are? →