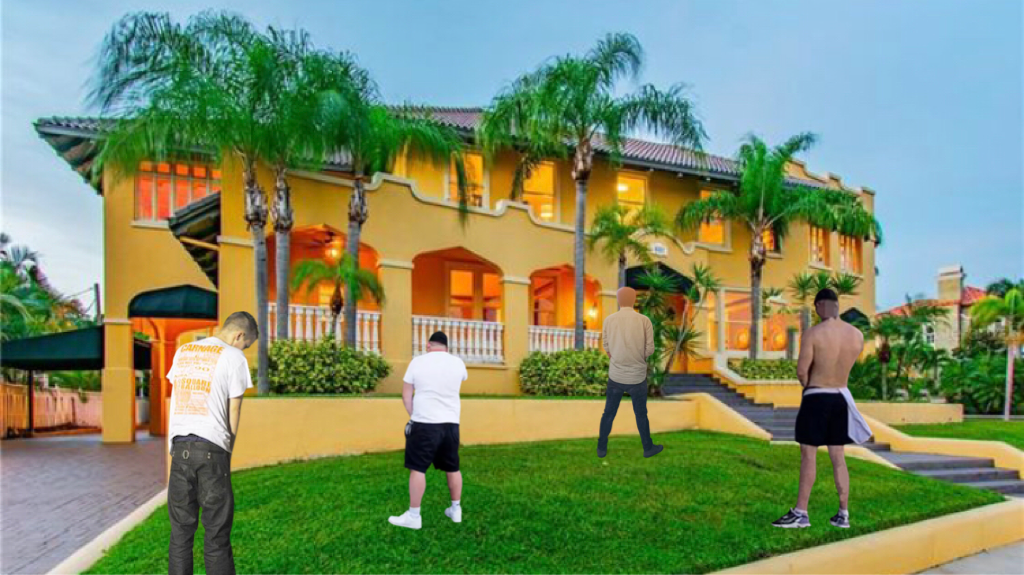 Inspired by New Orleans residents who have taken to decorating their homes like parade floats since traditional annual Mardi Gras festivities aren’t taking place, the City of Tampa is creating a special event to fill the void created by the postponement of Gasparilla.

“Let’s face it; Gasparilla holds a special place in so many people’s hearts, in particular the invasion and subsequent parade, because it’s the only time of the year when it’s okay for dudes to pee in the yards of people who live along Bayshore Boulevard”, said Mayor Jane Castor.

“Umm, excuse me? It is NEVER okay to pee in our yards”, said Myrtle Glutwirch, who lives in a house on Bayshore Boulevard.

“Oh yeah, that’s what I meant,” responded Mayor Castor while winking and subtlety offering an OK sign that couldn’t be seen by Mrs. Glutwirch.

“Anyway, yeah, on Saturday, February 6th between 9 AM and 6 PM, it’s totally fine if you dudes want to pee in designated yards along Bayshore in the spirit of Gasparilla, just like if we were actually having the parade like usual”, she said in a hushed voice.

“What did you just say?”, yelled Mrs. Glutwirch, as she made her way back to her house. “I said your oleander bushes look lovely this year, Myrtle”, the mayor replied, thinking quickly.

She went on to explain that the yards where peeing is allowed will be designated by signage that says things like “NO TRESPASSING”, “PRIVATE PROPERTY” and “ABSOLUTELY NO PEEING IN THIS YARD AT ANY TIME, EVER”. “Just like every year”, she said.

She added, “This is being done so our young men have an outlet of expression and don’t take their Gasparilla-less frustrations out in more destructive ways. Just keep it between those hours on that one day, maintain social distancing, and I promise the cops won’t hassle you. Deal?”

“I’d better not find out you’re giving them permission to pee in our yards, Mayor Castor!”, yelled Mrs. Glutwirch from her front porch. “There will be hell to pay if I hear of any such thing!”

Mayor Castor smiled, gave her a thumbs up and said, “Make sure one of you pees on that bitch’s oleander bushes, would you? Oh, and wear a mask.”