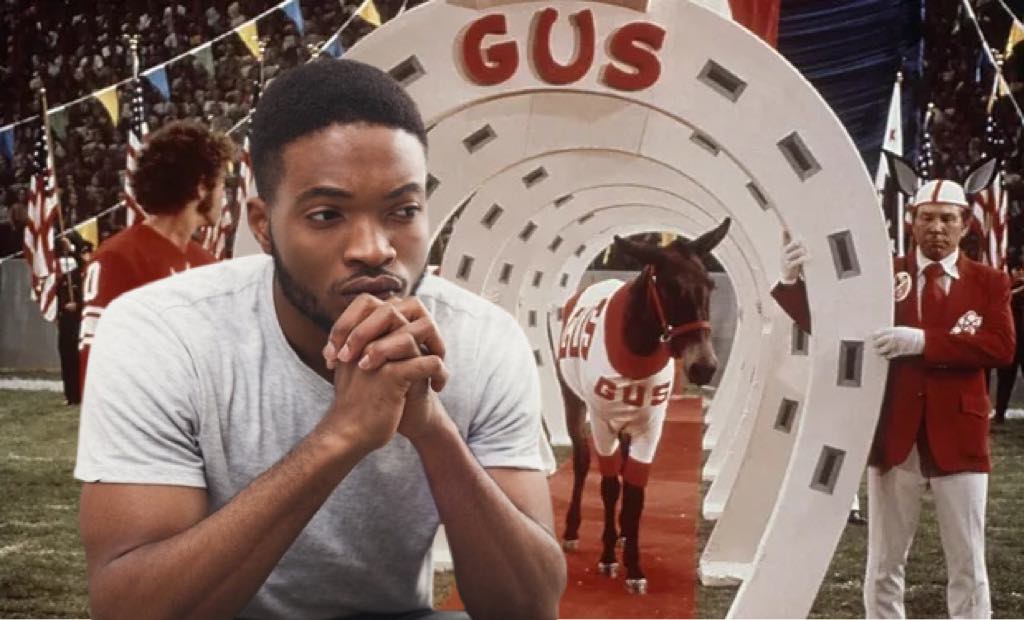 Phillip Softmoss of St. Petersburg visited the Walt Disney World theme park in Orlando for the first time last weekend and was dismayed that he could find nothing related to his favorite Disney film, “Gus”.

“How? How is that possible?” he lamented. “It’s easily the best film Disney has ever made, a cinematic achievement that celebrates mules kicking field goals like nothing ever seen on the silver screen!”

“For starters, it brings Don Knotts and Ed Asner together in the same film. That alone is legendary. But the story itself, about the long-struggling California Atoms of the NFL and how their fortunes were changed by one mule who can accurately kick field goals from 100 yards away? Forget ‘Rocky’; THAT’S some life-changing inspiration!” he said.

Softmoss said his visit was essentially ruined as soon as he entered the park, looked at a map and didn’t see a “Gusland” listed.

“They had Tomorrowland, Adventureland, Fantasyland. How could they not have a Gusland, an area where families and children could kick field goals and feed mules? That would be awesome. Space Mountain? How about Gus Mountain! Carousel of Progress? How about Carousel of Mules? Come on!”

“What a demeaning and unnecessary slight to director Vincent McEveety, the 1960 Director’s Guild of America Outstanding Directorial Achievement in Television winner for his work on ‘The Scarface Mob’, with Phil Karlson,” he said. “But then I couldn’t even find any ‘Gus’ t-shirts or coffee mugs in ANY of the souvenir stands, which is bullshit!”

Softmoss hopes his visit to Universal Studios Islands Of Adventure this weekend to explore the Professorial World of Muggle Studies with Charity Burbage is much more fruitful.