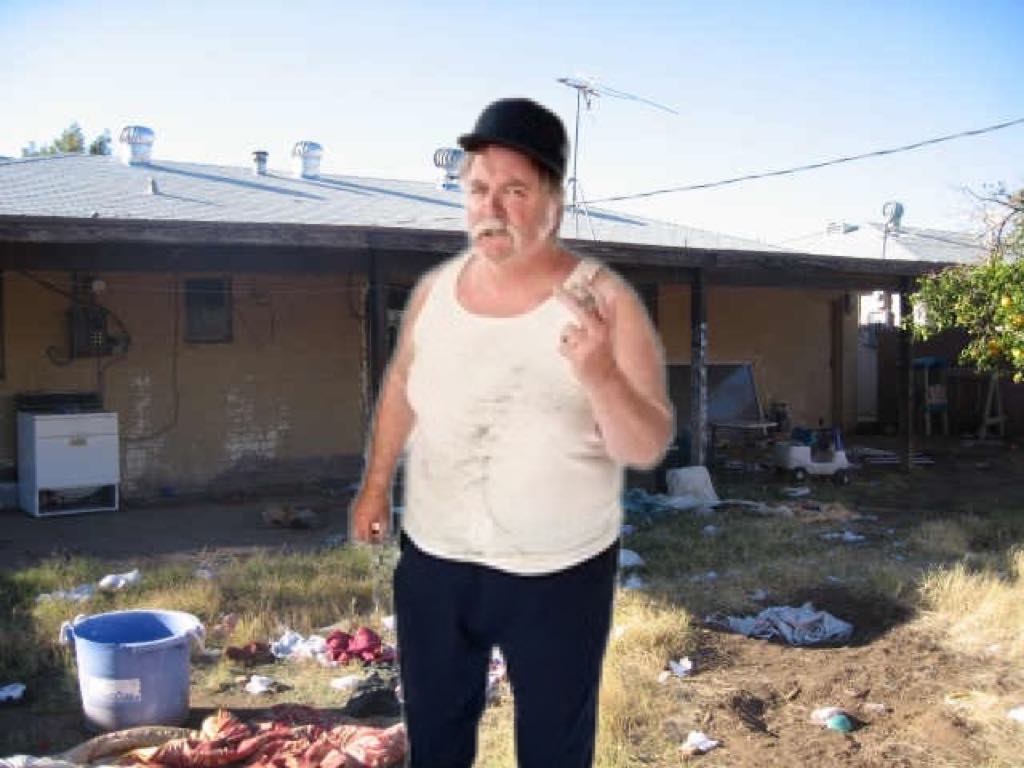 Eddie “Earl” Scrugglins of St. Petersburg doesn’t want to clean up his yard in advance of Hurricane Ian making landfall somewhere on the west coast of Florida either later today or early tomorrow, because he doesn’t think he should have to.

“That’s exactly right; I don’t think I should have to,” he said. “All this stuff? It’s all my stuff. And the last time I read the Constitution, it said I can do whatever I want with it.”

“He’s not entirely wrong,” said his neighbor Betsy Roberts. “But it would be nice if he considered others who don’t want a bunch of junk flying around the neighborhood at high speed.”

“What is she worried about? This stuff is all very lightweight. It won’t hurt that much if it hits you,” he replied, motioning to a bicycle frame with no wheels or a seat. “That right there probably weighs about 30 lbs. If anything, I’d say it’s too heavy to go airborne but if it does, it’s still pretty light.”

“The other thing is, I’ve lived here a long time. Since 1991,” he continued. “These things never, ever hit us. They always veer off and hit New Orleans or Texas. It’s all a big scam from the plywood and bottled water industries. Follow the money!”

“I wish he would at least consider that it’s a possibility, even though it’s virtually guaranteed that we are going to be affected by Hurricane Ian this time,” said Roberts. “And consider that nobody wants a 30 lb. bike frame, or anything else, hitting us, our homes or our cars at 40 mph. Just move it inside for a couple of days, that’s all. Or, and I know this sounds crazy, but take all that shit that’s been sitting out there rusting for years, and haul it away forever and get rid of it already.”

Scrugglins took a break from his unpaid job of creating hilarious topical Facebook memes featuring the Weather Channel’s Jim Cantore and storm track maps with bottles of wine and “oh shit, Waffle House is closed, shit’s getting real!” to step out and survey his yard.

“Okay, okay. I’ll move some of it, just because I’m a good neighbor and you can all climb off my ass,” he said. “But if it turns out that I’m doing this for nothing, and I’m sure I am, I am going to be pissed and I’m going to put even more stuff out there!”