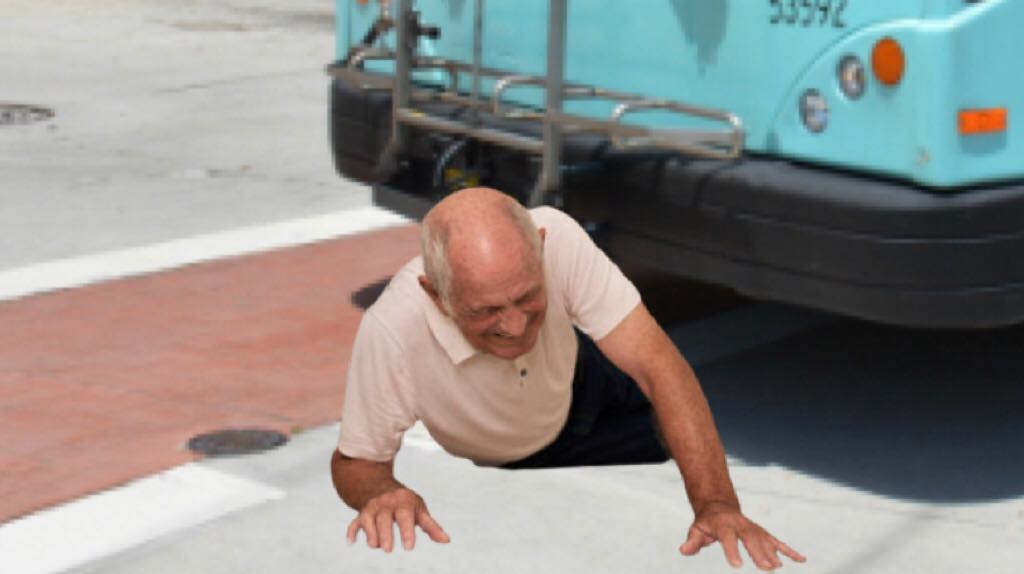 Eddie Mulmswood of St. Petersburg passed away yesterday and used his last words to say that more than anything else, he wished he’d never gotten vaccinated against COVID.

“You would have thought his greatest regret was getting drunk and walking into traffic on a Thursday afternoon”, said his son-in-law Jerry Oyler. “I mean, since he died from getting hit by a bus yesterday.”

As Mulmswood lay on the street, struggling to breathe through severely damaged from impact, but otherwise perfectly healthy lungs, he managed to gasp, “If only I had known then what I know now, I never would have wasted those 35 minutes and zero dollars at Walgreens and I urge others not to make that same mistake.”

“He said lots of other stuff, actually. But that was the main gist, I guess”, said Oyler. “It takes a long time to die from getting hit by a bus, apparently. Who knew? Not me.”

“But anyway, he’s dead now. And don’t let my wife catch me saying this, but I’m not exactly sad about it. Because my daughter is just about old enough to start being influenced by his stupid ideas, not just about vaccines and masks but racism and homophobia and other stuff too, and I would have had to un-teach her all of that. So I guess you could say I dodged a bullet by him not dodging that bus. Ha ha! Oops. Shhhh! My wife is right in the next room and she’s pretty sad right now.”