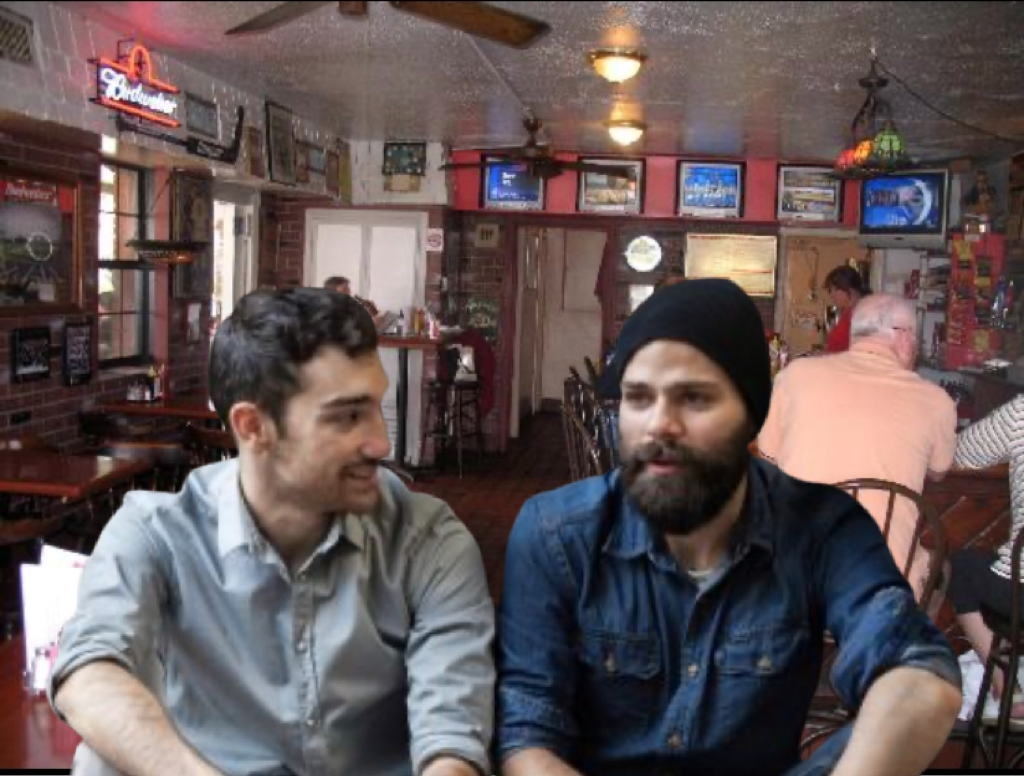 Dan Widworth of St. Petersburg has changed his opinion on an extremely divisive social issue following an intense argument with Rob Birdley, a man he met at a local restaurant Friday afternoon.

“I was minding my business, eating a cheeseburger at El Cap when I heard this guy running his big, dumb mouth,” says Widworth.

For his part, Birdley says, “I was there with my friend Roger, having some beers and we were talking about current events. I guess I was speaking kinda loudly. I’m very passionate about some things.”

Widworth engaged Birdley, challenging his opinion on one of the topics. “I do research on this stuff. I’m not one of these idiots who forms his views based on a couple of Facebook posts. I was going to bury this clown”, he says. A heated discussion ensued, making several bystanders extremely uncomfortable. “I was just getting ready to throw both of them out of here. We can’t have fights disturbing our customers. Nobody comes here for that,” says El Cap server Maggie Pherps. “Then something weird happened.”

Both men ran out of their internal supplies of pre-determined rhetoric, catchphrases and buzzwords at exactly the same moment. They stared at each other in silence for a moment before Birdley re-engaged Widworth, but this time stating objective facts and with a measured, reasonable level of emotion. “I was just tired of arguing so I just stated my position as calmly as possible. I was sure he was going to seize on my weakness and take the opportunity to jump down my throat and then storm out, claiming victory”, says Birdley. To everyone’s shock, Widworth responded in the same manner, going so far as to acknowledge that Birdley had some valid points and that while still disagreeing, he admitted that he understood why Birdley felt the way he did. “I never said I knew everything”, says Widworth. “Even though I probably thought I did.”

Over the next 45 minutes or so, both men discussed the matter calmly and eventually agreed that they had both been less than fully informed on the matter and had failed to consider numerous other factors that didn’t directly affect them when they had formed their original opinions. At several points both men laughed. Widworth bought Birdley and his friend Roger a beer and Birdley picked up Widworth’s lunch tab.

Suddenly a team of researchers from the University of South Florida department of behavioral science pulled up in a van and shot both men in the neck with tranquilizer darts before taking them off to a lab where they were tagged and later released back into the wild. “Whenever a species suddenly demonstrates completely unnatural behavior like this, it’s important to gather as much data as possible in a timely manner”, says Dr. Mortimer Latimore. “Hopefully we can prevent this kind of thing from spreading before the election.”

Later that same day, two different men got into a fist fight over a parking space at El Cap. “That’s a good sign,” said Dr. Latimore.