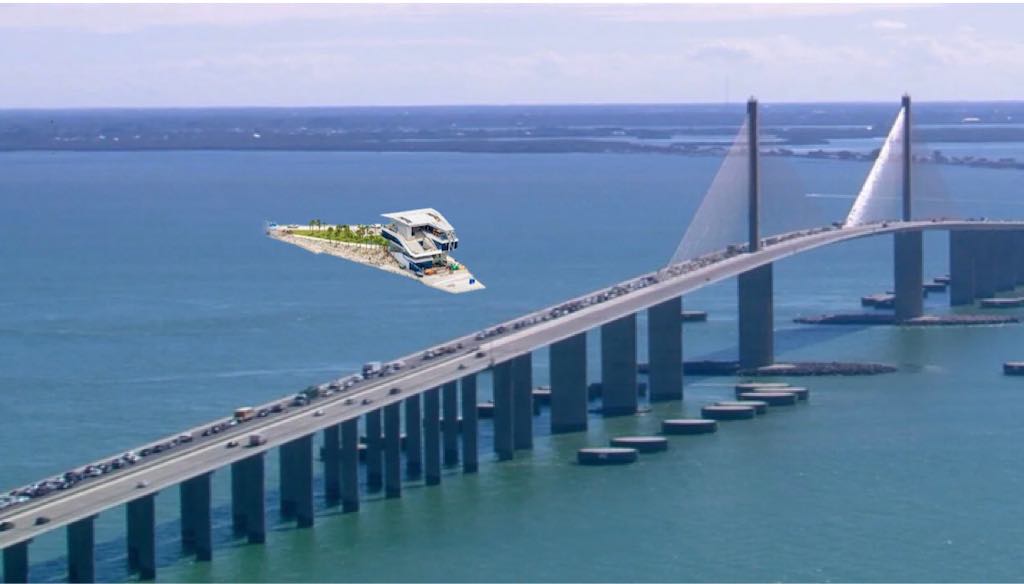 The recently re-designed St. Pete Pier, the city’s signature waterfront attraction, has broken free from the shoreline and is drifting out into the Gulf of Mexico.

It’s believed to have happened some time last week but nobody’s really sure because nobody was paying attention.

“I went for a run the other day along the bay front and thought, ‘huh, something is…missing or something’,” said St. Petersburg resident Kari Nupberg. “Then I realized, ‘oh yeah; The Pier!’. I didn’t think it was worth calling 911 but I did email the mayor’s office when I got home.”

Toby McQuee, an administrative assistant in Mayor Kriseman’s office, said, “Yes, we received Ms. Nupberg’s email around lunch time. Later that afternoon, I happened to look out the window and verified that it was true; the Pier was gone!”

Visitors to the 26-acre attraction, which re-opened in July after a three-year, $92 million construction project, had noted recently that there were sizeable cracks in the new pavement. City officials including St. Pete’s city architect, Raul Quintana, have said the cracks were only an “aesthetic” concern and not an indication of any structural flaws.

St. Pete’s communications director Benjamin Kirby explained that the imperfections in the pavement are “…are a part of topping slab and not the actual concrete underneath.”

Reached for comment at his office, Kriseman said, “It’s our belief that The Pier got bored and lonely, said ‘screw this’ and just wandered off. We’ll send some guys out with a couple of boats to bring it back in time for people to ignore it during Super Bowl weekend.”

At least four tourists from Michigan are currently rumored to be aboard but are not believed to be in any danger. “If anything, they’re more entertained now than they were before the thing decided to crack off and float away”, said Kriseman.