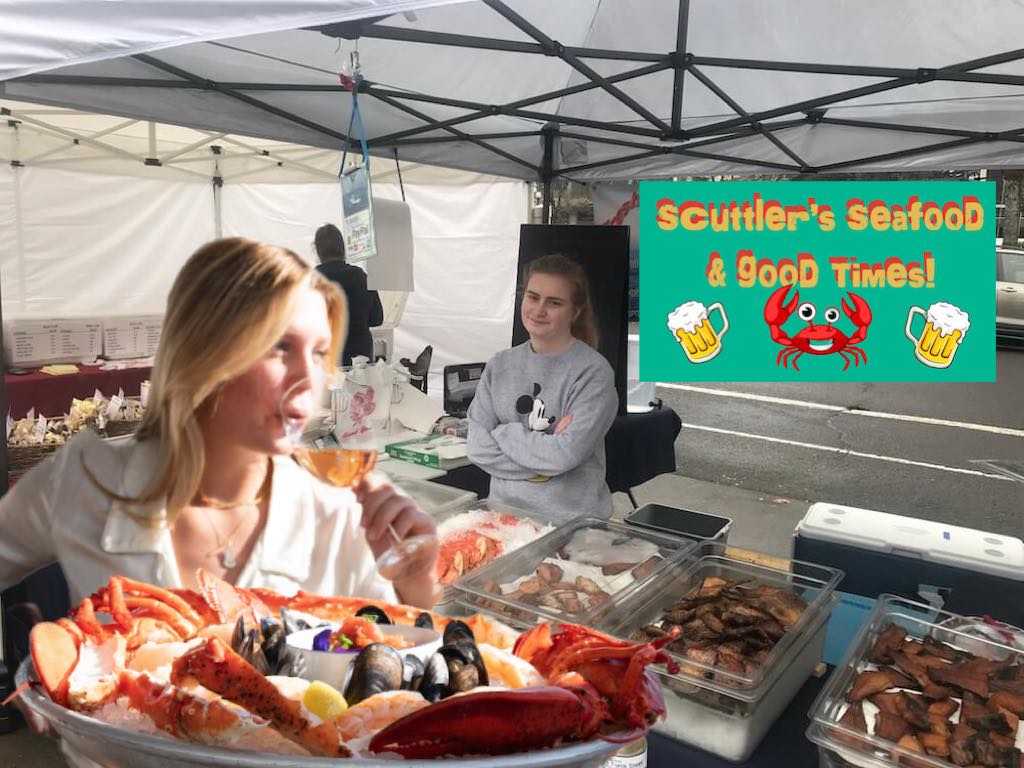 Robert “Bob” Smidsworth, owner and manager of Scuttler’s Seafood & Good Times Crabateria in St. Peterburg has announced that from now on, all the entrees on their menu will be listed as ‘flea market price.’

“Listing items at ‘market price’ is a fairly common practice at seafood restaurants,” he said. “It means the price of the dish fluctuates, depending on what the establishment pays for the price of the ingredients. Well, we don’t shop at some fancy market; we buy our seafood from the flea market right down the street. That allows us to pass the savings on to you.”

Scuttlers Seafood & Good Times Crabateria is currently located at 1258 19th Street North in the Woodlawn Park neighborhood of Saint Petersburg. That may change by the time you read this. Your best bet is to keep a lookout for Bob’s van and just follow it until it stops somewhere.

“The fact that we can go to a more direct source for our delicious seafood means there isn’t a lot of expensive overhead,” he added. “Also, some of the crabs and lobsters and such might not be what you’d traditionally think of as those sea creatures. They might be more like what you’d call ‘crab-esque or lobster-adjacent. But hey, with enough butter and salt, who gives a shit, right? Ha ha ha!”