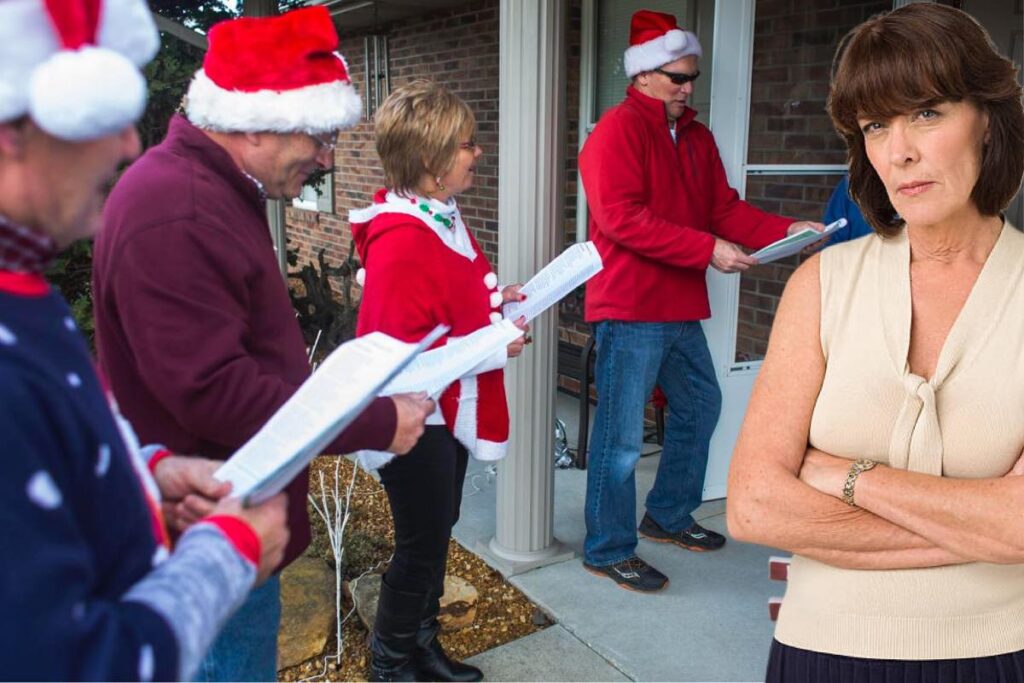 Linda Ech of St. Petersburg met a group of her neighbors out caroling with scorn and derision, sending them home feeling terrible about themselves.

“People are going to call me a Karen or a Grinch, and that’s fine, if you’re not above petty name calling,” said the professor of music history at St. Pete Junior College through her screen door as she smoked a cigarette. “I just think if you’re going to do something, put some effort into it and do it right or don’t do it all. Excuse me for having standards.”

“We were just trying to have a little fun,” said Don Glissning, one of the carolers, all of whom reside near Ech in the Allendale Terrace neighborhood. “I don’t even know why we went to her house. She’s always grouchy.”

“Who takes Jingle Bells that seriously?!?” cried his wife Celeste in anguish. “It’s just Jingle Bells! The most fun of all the Christmas carols!”

“I thought this would be a good time,” said their friend Craig Hooney. “It sucked. I’m never doing it again.”

“First of all, it’s not just a fun song,” said Echm. “It’s a harrowing tale of a thrill-seeking creep recklessly operating a vehicle in dangerous weather conditions, all for the sake of trying to seduce a woman, endangering her and some innocent horses. He almost kills himself in the process. After surviving the severe accident he causes, he passes along an even more extreme version of his slimy and potentially lethal pick-up technique to his equally predatory douchebag buddy.”

“W-what…?” stammered Eric Soaper, another snubbed caroler. “Where in the world is she getting that?”

“It’s all spelled out plain as day right there in the second, third and fourth verses,” Ech replied. “Oh, they didn’t know there were additional verses? What a surprise that they half-assed the whole thing.”

“Also, they didn’t even bother to perform it in blackface, as tradition dictates,” she added. “A sloppy effort all the way around. Happy Holidays, my ass.”