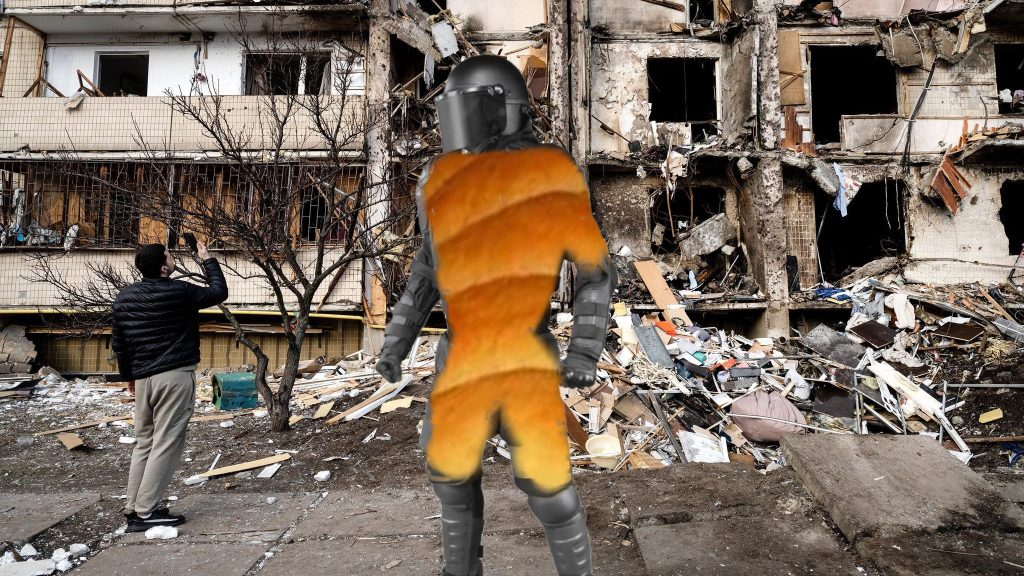 Cuban bread which has gone bad will now be sent to Ukraine and used as body armor as part of a new program which gives back to the war-torn country.

“The birds eat before.” Said Pablito Samosa in broken English.

“The birds used to eat it before you started sending it?” I tried to clarify.

The bread that is not bought within 3 days of original creation, is boxed up and sent to Mariupol and received by the Ukrainian military.

“I know it’s supposed to be armor, but it’s still better than all of our food options right now, so we use it half as body armor, half as rations. Because remember, we are in a war-torn country, and things are really bad right now for seemingly no reason. Are we all Nazi’s like the Russians claim we are? I guess you decide.” Said Zelenskyy in an emotionally candid moment of morbid honesty.

Currently 65 boxes a week or shipped and that number is expected to rise after the hurricane.

“Until all of the New Yorkers get back, we will struggling financially and it will definitely take a toll on our business.” Samosa said.

“Hey, you said that one perfectly clearly.” I questioned suspiciously.

Then he went back to sweeping a curb and whistling an old Herb Alpert song.