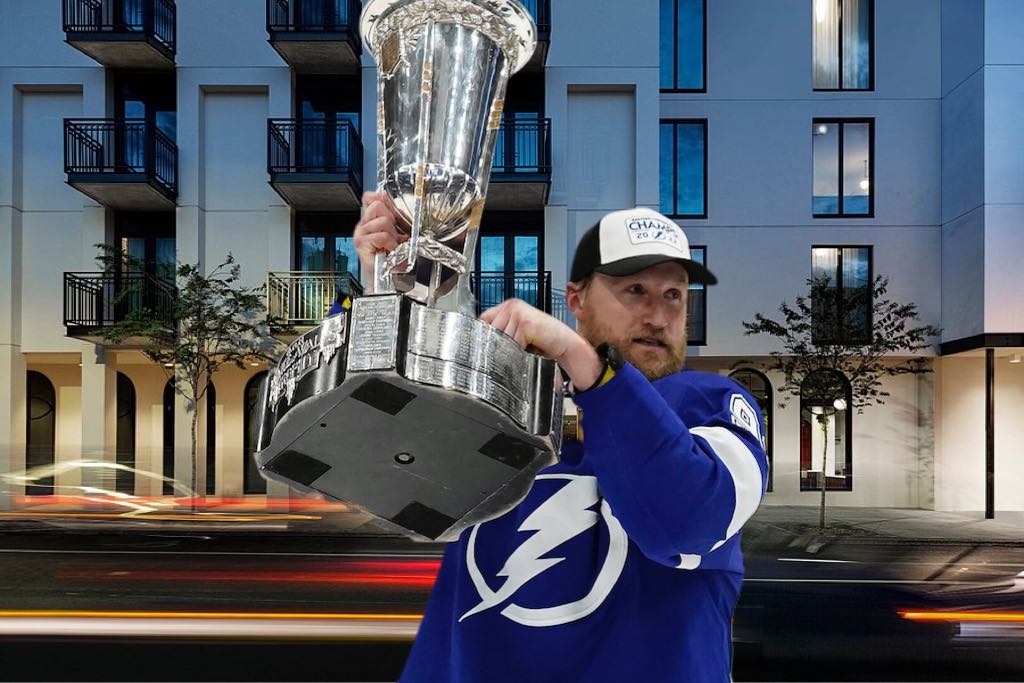 The Prince of Wales Trophy is awarded to the NHL’s Eastern Conference Champion, a title the two-time defending world champion Lightning have earned for the third year in a row and the 5th time in franchise history.

When the Lightning were presented with the trophy in 2015 after defeating the Rangers in seven games, Stamkos followed a long-standing traditional hockey superstition and refused to touch it. The Lightning went on to lose to the Chicago Blackhawks in the Cup Final. Since then, he and other Lightning players have made a point of touching it enthusiastically at the presentations that took place in 2020 and 2021, both of which were followed by winning Stanley Cup Championships.

When asked what took place at Hotel Haya, Stamkos said, “You don’t need to worry about that. All you need to know is that we’re very well acquainted with one another at this point and we spent some time together. That’s all.”

“Also, I’m definitely not afraid to touch it anymore”, he added, winking. “If touching it is what wins Cups for us, we’re gonna touch it and I mean touch it really good.”