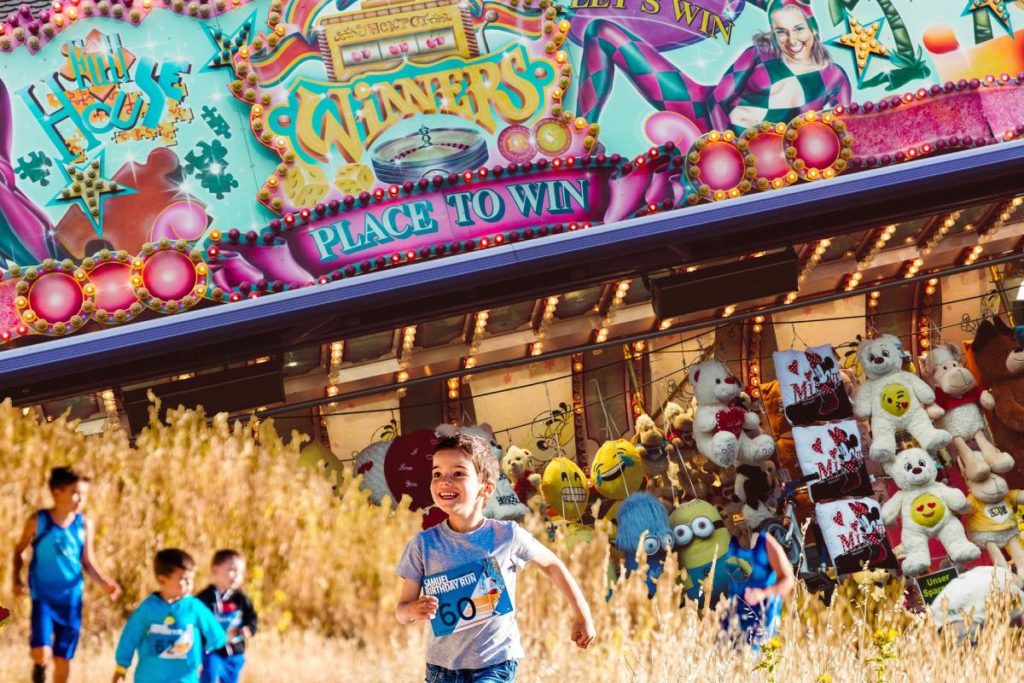 One of the Florida State Fair’s most popular attractions, the famous racing pigs, is undergoing a major change; from now on, the pigs will be replaced with children who wander off from their parents.

“The racing pigs are an institution, no question”, says D’Roy Roggleton, owner and operator of the venerable attraction. “We’ve been part of the Florida State Fair since there was a Florida State Fair. But times necessitate change and we think this is a good solution.”

In recent years, the racing pigs have faced severe criticism for alleged animal cruelty from various animal rights activist organizations. “Yeah, PETA was getting to be a real pain. More trouble to deal with than it was worth, if I’m being honest”, says Roggleton. “Since we announced this change, they’ve climbed completely off my ass. In fact, some of their members have come to watch the new races and they love it!”

Children getting separated from their families has always been a chronic issue at the fair, with little kids being lost, confused and frightened, all alone in huge crowds spread out over an expanse of 355 acres. “We used to have to go out, find them, bring them back to headquarters and then try to find the parents. It was quite an ordeal”, says Larry Flinburt, the fair’s Chief of Safety Operations. “Now we just drop ’em off with D’Roy. Easy peasy!”

Generally, most families retrieve their children by the end of the night, when they’re on their way home. “Very rarely do I have to put one up for the night. I kept the old pig cages for when that happens,” says Roggleton. “The Florida State Fair is just so much doggone fun that folks don’t notice little things like a missing child until they’re tired and ready to go home. I just want them to know, it’s okay. We’ve got ’em, and we’re makin’ ’em race for the entertainment of other fair goers.”

Roggleton says the change is also saving him money. “We used to have to offer a cookie as a prize to get the pigs to race. All we have to do with these kids is tell them their mommy is waiting for them at the finish line. And man, let me tell you, they get after it!! My cookie budget is basically $0 now. Sometimes that’s offset by the hysterical, panicked screaming of the kids when they get to that finish line and find out that nobody is there for them, but you get used to it. I just tell them we’ll race again in 20 minutes and if they try harder this time, maybe somebody will love them enough to be there. Even though they probably won’t.”

State Fair patron Rory Clewis of Seffner has ‘lost’ his 4-year-old son Rory Jr. five times since the Fair opened. “I just put him on the Tilt-A-Whirl by himself and then walk away while he’s riding it. Then I come over here, sit in the bleachers and wait for security to drop him off. And then I place bets on him. He’s a fast little sumbitch,” says Clewis. “I’ve won over $40 on him! I think he’s going to grow up to be an NFL superstar like Aaron Hernandez!”