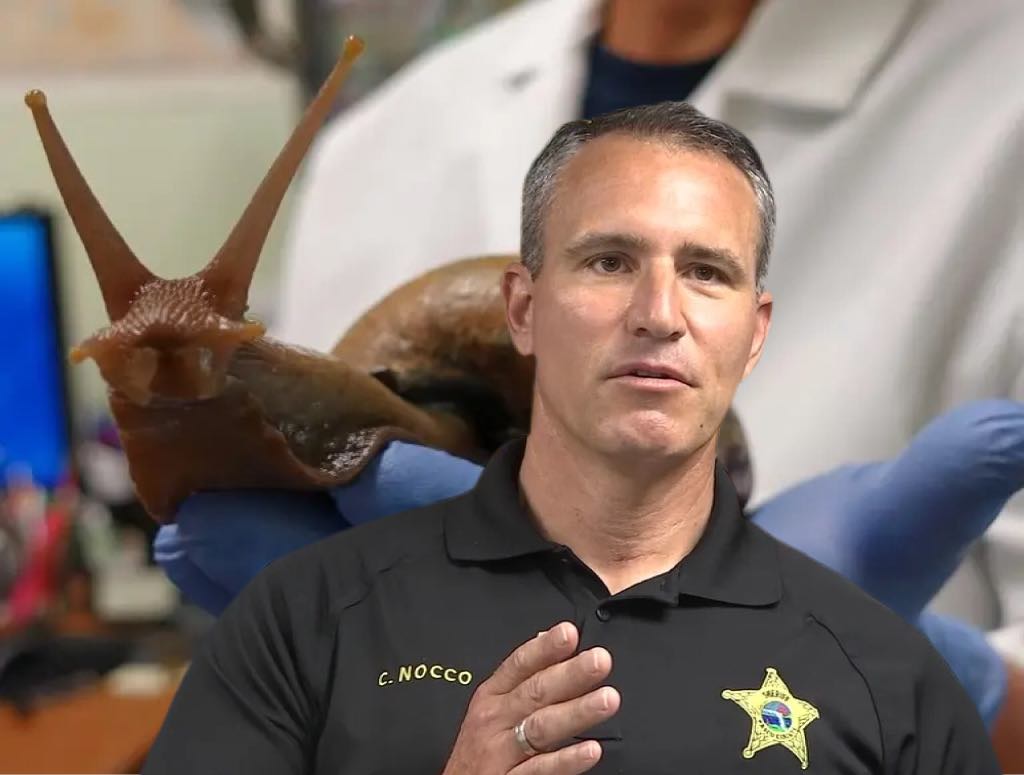 An undercover sting operation designed to apprehend giant African snails who have recently invaded Pasco County has been called off due to a failure to catch any suspects Sheriff Chris Nocco announced yesterday.

“They may be slow-moving but they’re slippery and slimy,” he said. “We baited them with the sexiest underage pornography we could find, much of it on loan from Sheriff Judd’s office in Polk County, and they just showed no interest. That means these bastards are really sick gastropods because we put out some super-sexy smut.”

“As a result, ‘Operation: Derail The Snail’ has been terminated and we will direct our efforts in a different direction,” he said.

The giant African land snail gobbles up plants and can carry a parasite known to give people meningitis. The first sighting of the invasive pests was in the New Port Richey area and was confirmed on June 23 by the Florida Department of Agriculture and Consumer Services.

“I don’t see Sheriff Nocco making any kind of effort to detain giant Anglo snails,” said Clamuel Clement, spokesperson for the National Association for the Advancement of Shelled Mollusks (NAASM). “Is he actually seeking justice or just furthering the practice of oppressing Lissachatina fulica?”