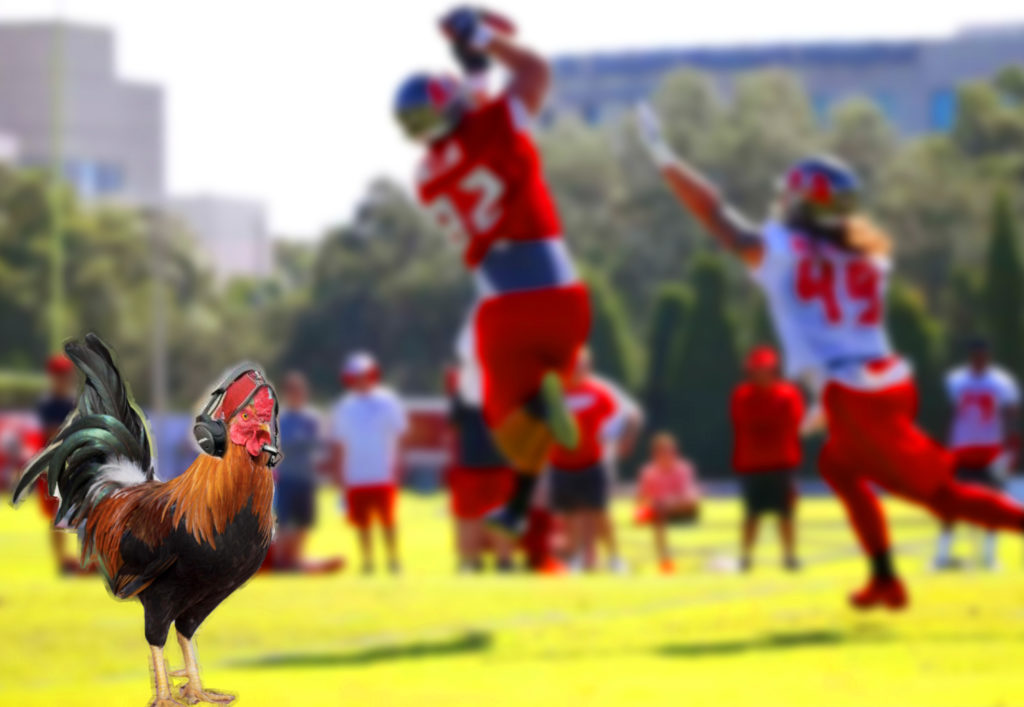 Dirk Koetter has officially been replaced by an Ybor chicken as head coach of the Tampa Bay Buccaneers.

“I used to feed the bastard.” Says Willie Perdue. “Every day I come out here with my bucket and throw seeds all over the ground. Everywhere! Every day! His name’s ‘Plum’ because he looks kind of purple. He would run right up to the seed pretty fast, maybe they could have him replace the running back too!” (Willie elbow jabs at my stomach.)

The rest of the coaching staff didn’t seem too thrilled about the decision at first. “At least this one can still coach after we cut its head off for a little bit.” Jokes Assistant Defensive Coordinator, Jabari Funions. “I don’t respect no G** D*** chicken! I don’t respect anybody!” He clamors on as the rest of the staff laughs in agreement.

“This means nothing to me.” Says star quarterback James Winston. “I want to win a Super Bowl and I don’t care what I have to do or what I need to pretend to believe in. This IS a good team. We ARE going to win!” Jameis starts doing jumping jacks. “Coach Plum seems like a good guy. My kind of guy.”

TWhen reached for comment, Plumb pecked the cement then ran across the road before flying onto a tree branch.