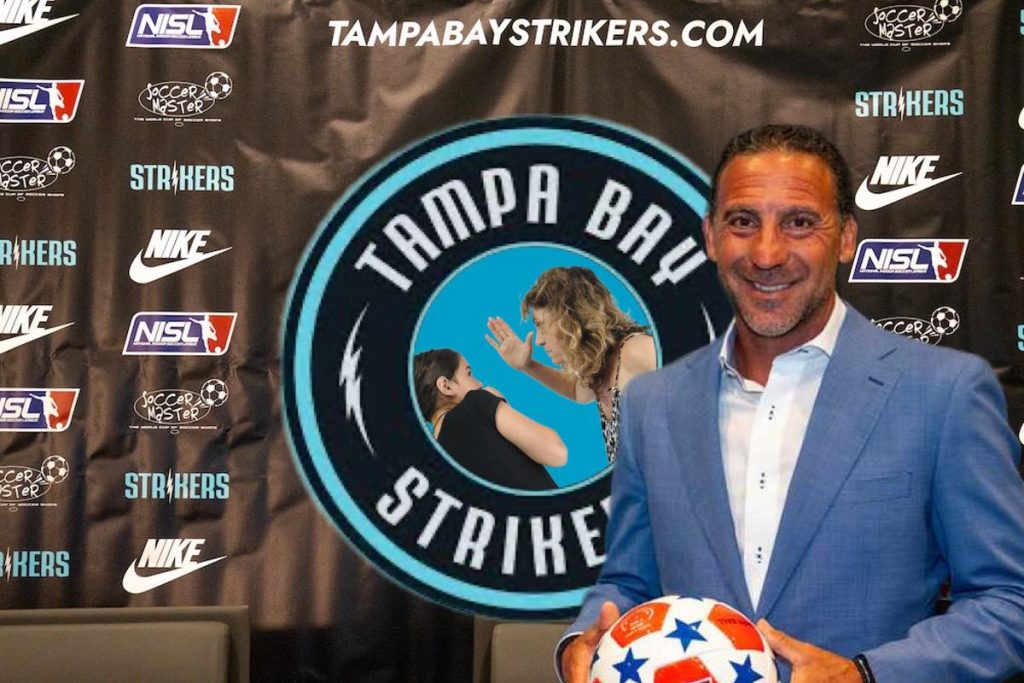 The Tampa Bay Strikers, an expansion team in the National Indoor Soccer League (NISL), set to begin their inaugural season at the Yuengling Center on the Tampa campus of USF this December, has revised and updated their team logo due to feedback received from fans.

“A lot of people reached out to let us know that Ft. Lauderdale has hosted a soccer team called the Strikers off and on since 1977 in the old North American Soccer League, and that team name might not be appropriate for a team representing the Tampa Bay region,” said Mike Rivers, Tampa Bay Strikers vice president of logos. “Well, we aren’t changing the name, but we are introducing a new logo that better defines our identity.”

The new logo shows an angry woman, presumably a mother, about to hit a child, who is cowering in terror.

“Traditionally in soccer, a striker is a player who plays nearest to the opponent’s goal. That’s because they strike the ball with their foot,” said Rivers. “We want to present a much more menacing persona. And what’s more menacing than a full-grown adult threatening a small child with physical violence?”

He said the intent isn’t to condone or endorse the abuse of children in any form or fashion. “We don’t show the contact taking place, merely implying that it will. Even if you don’t witness it first-hand, you can just imagine what a waking nightmare that kid’s life is when there’s no one around to intervene. Something to think about when you take us on in a game of soccer!”

Asked to comment, Strikers head coach Martin Gramatica called the logo, “robust”, “dynamic”, and “in unquestionably bad taste”, adding, “I don’t know this Mike Rivers guy but he should probably be fired for this. I hope nobody thinks we’re going to wear these uniforms because that is not going to ever happen.”