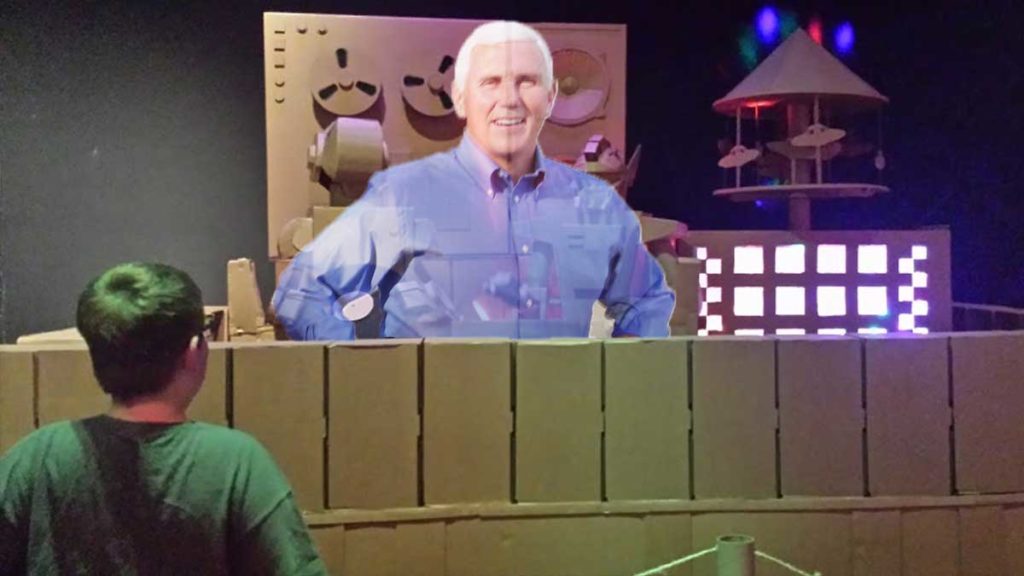 A local Tampa boy has fallen head-over-heels in love with a hologram of Mike Pence during a recent field trip to Tampa’s Museum of Science and Industry (MOSI).

Stanie Wallace, 8, ran away from his field trip group to hang out in the Hall of Vice Presidents, which is still under development. It was there that Wallace was greeted by a new AI-powered interactive hologram of Vice President Pence.

The two chatted for hours with Wallace not knowing that the system was created to learn from human interaction. A janitor discovered the two during a routine cleaning and saw that the child had formed a special bond with the hologram.

Hologram Pence was programmed to contain all the stern closeted homosexual tendencies of the real Vice President, and the child mistook them for a caring father figure, one that Wallace lacks in his home life.

When the janitor tried to separate Wallace from the hologram, Wallace began to cry and said, “Please don’t take me away from my daddy!”

The janitor smacked the child across the face hoping it would bring some sense to him, but Hologram Pence witnessed this and decided to take matters into his own hands by deporting all illegal janitors back to their countries.

Hologram Pence also went on to adopt the child and the two will be living at MOSI together.