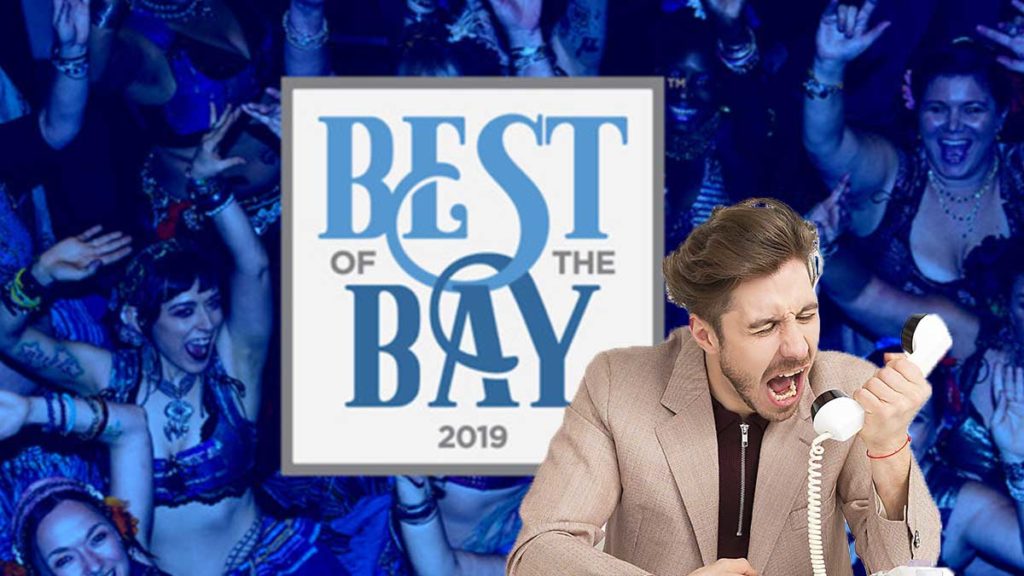 Tampa Business owner Led Wahtah, is upset after spending $75,000 on online marketing for a failed bid to secure a coveted Creative Loafing ‘Best of the Bay 2019’ award.

“This was our first year in business and our consultants told us to target some Facebook ads, get that CL ‘Best of the Bay 2019’ sticker on our window and everyone in the city would love us,” said Wahtah, the owner and operator of Wahtah’s Lead Removal Services. “We remove lead from the pipes to make drinking tap water here possible.”

“Some of the categories were created specifically for us, and we still lost,” said Wahtah who then angrily walked over to the kitchen sink in his office and poured himself a glass a water.

“Woah don’t drink that tap water, the city of St. Petursburg pumps their shit water in that,” I yelled before smacking the glass of water from Wahtah’s hand, shattering it and splashing water all over his office.

“We know that,” Wahtah said calmly before snapping his fingers and commanding one of his interns to clean up the mess I had caused. “This business was founded on one thing, making tap water in the Tampa Bay area drinkable again.” He walked towards the window in his office and stared silently for a while before continuing his monologue.

“Having that Creative Loafing ‘Best of the Bay 2019’ award would have given a boost to our internet clout, and now that I know I won’t be able to flex on my competitors, I don’t think I want to save the people of Tampa anymore.” Wahtah turned to me and began crying, “Let this city drink shit water. I don’t care anymore. The people in power are going to let you drink shit water, and whenever a hurricane comes, they are going to let Nestle sell you the water they pumped from the springs. And when the fresh spring water runs out, the state is going to let Nestle start pumping and bottling shit water and selling that to whoever is still alive.”

“But why did you spend so much on Facebook ads?” I asked Wahtah.

“It’s just the way business is now. You gotta go to where the people are, and for some reason people still use that garbage.” Wahtah went back to his sink and poured himself another glass of water from the tap.

He held it up to the light and inspected the glass, watching as the water settled to a clear and calm state.

I nodded and went to leave, thanking for his time.