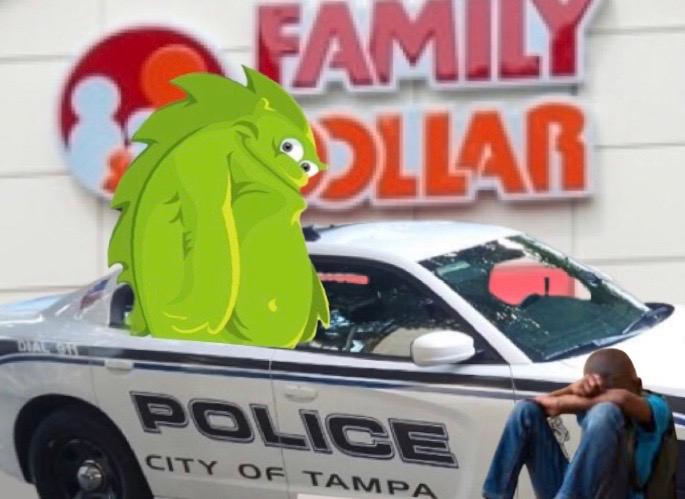 A young Tampa boy had his imaginary friend arrested today after they attempted to install a fake mail-in ballot drop box in his neighborhood.

“We were hanging out playing Antifa vs Proud Boys, a game we made up where I wear my mom’s clothes and go up to her to tell her I’m a proud boy,” said the eight-year-old boy Jennis Oluga.

While playing this game, Oluga’s imaginary friend who he calls “Bongino” convinced him to steal his parent’s car and convert a clothing donation box from a nearby parking lot into a fake mail-in ballot drop box.

The boy and his imaginary friend then made a couple of professional looking stickers that said, “Drop Your Ballot Here” and “Democracy Matters, Have Your Voice Counted Today” and then they set up the drop box outside of a Family Dollar.

“I saw the boy dragging the donation box into the parking lot,” said Family Dollar employee Shellard Motoex.  “No one was with him, he pulled up in an old-pick up truck and unloaded the thing.  Then he came in here and tried to buy a pack of smokes.”

Motoex called the police after turning the little boy away.

When police arrived, they surrounded Oluga who was trying to convince the police that it was his friends’ idea to steal the donation box and make it into a ballot drop box.

“Bongino wanted cigarettes so he could light the ballots on fire in a cool way,” said Oluga before beginning to cry.

After the police interrogated the boy for a marathon 13-hours, the police staged a fake arrest outside of his home.  The police pretended to arrest Oluga’s imaginary friend and took him to a nearby precinct for booking.

The imaginary friend is being held on charges of voter fraud and if convicted can face up to 15 years in prison.