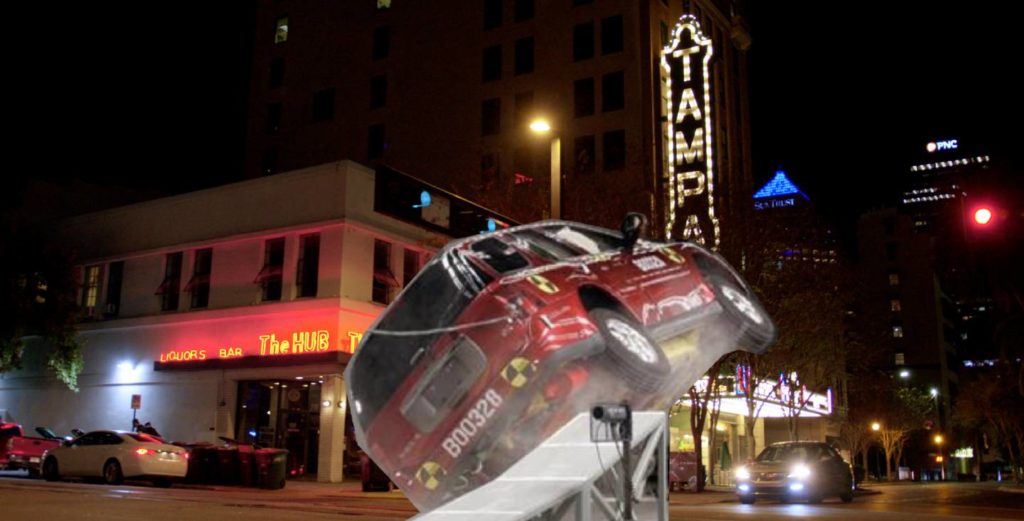 Drivers speeding and zipping in and out lanes towards a red light in rush hour traffic will now have a chance to launch their vehicles over stopped intersections thanks to the newly installed launch ramps.

“We got tired of people getting out of the red light camera tickets,” says Hillsborough County Traffic Engineer, Melbrook Wallace. “Not only were these red light cameras making it more dangerous with all the people suddenly braking, but you could hardly see the drivers face in the photos.”

Red light cameras will now capture photos of drivers as they launch off the ramp and send it to them as a keepsake.

Under Florida law, the leftmost lane on a typical three lane road is known as the passing lane, but drivers who opt-in through Sun Pass will be allowed to stay on the lane and speed to the recommended 95 mph minimum to safely clear the intersection using the ramp.

“Roadways are going to clear out a bit faster thanks to these ramps,” says Tampa Police Officer, Eleanore McGivens as she takes apart and cleans her gun. “Now I can get to, and fight crime during rush hour.”

Officer McGivens puts her gun back together and tosses it to me.

“Feel how heavy that is,” says McGivens. I laugh and try to hand it back to her but she smacks me in the mouth and tells me to keep it.

Tampa drivers who already have a Sun Pass are already registered to use the ramps, each launch attempt will charge $3.50 to the existing account.