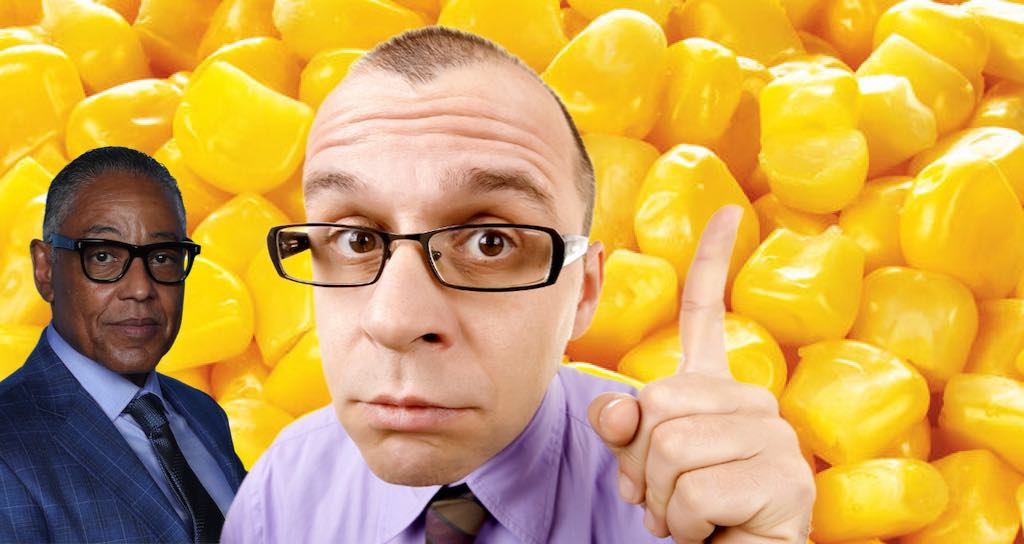 “Corn is a grain, not a vegetable,” he said. “This is an inarguable fact.”

Mrs. Maggie Crumsnot, a retired lunch lady from Gorrie Elementary School said, “Oh yeah, I remember that little shit. Starting in 3rd grade, every time we served corn, he’d throw a hysterical fit, claiming we were depriving the children of vegetables. We would usually serve corn at least once a week, so you can imagine how annoying that was. Inarguable, my hairy, pimpled ass. He would argue that point until he had to be dragged out of the lunchroom.”

“Yeah, Randy is pretty insufferable when it comes to corn,” said Pete Flanferth, who describes himself as an associate, ‘not exactly a friend’, of Borgwartz. “I guess he’s okay most of the time, but any time the subject of corn comes up, he gets really aggressive about defending his views. And the subject of corn comes up way more often than it should when he’s around. Like, the subject of corn is something that really should hardly ever come up at all in regular conversations between normal people, unless those people are farmers, I guess.”

Borgwartz said he has no opinions beyond this one about nutrition, politics, nutrition, religion or nutrition. “Is coffee bad for you? I don’t know,” he said. “Who gives a shit?” But that’s not the case when it comes to corn.

“Listen, it doesn’t matter if you’re a Republican or a Democrat, if you’re a Jew or a Catholic, corn is NOT a vegetable. It IS a grain. It really is just that simple,” said Borgwartz. “People who claim otherwise are either negligently ignorant or being willfully obtuse. Either way, it’s got to stop.”

Borgwartz quit his job as an insurance claims adjuster five years ago and spent $29,992 to attend the University of Tampa to get a Bachelor of Fine Arts (BFA) degree in Film and Media Arts, all for the sake of writing, producing and directing his documentary film, “Corn Is A Grain, Not A Vegetable”.

“It’s almost done and when it is, I’m going to try to get it shown at Tampa Theatre,” he said. “Right now, the only obstacle to completion is getting Giancarlo Esposito to narrate it, but his people keep sending me cease-and-desist letters when I try to contact him.”