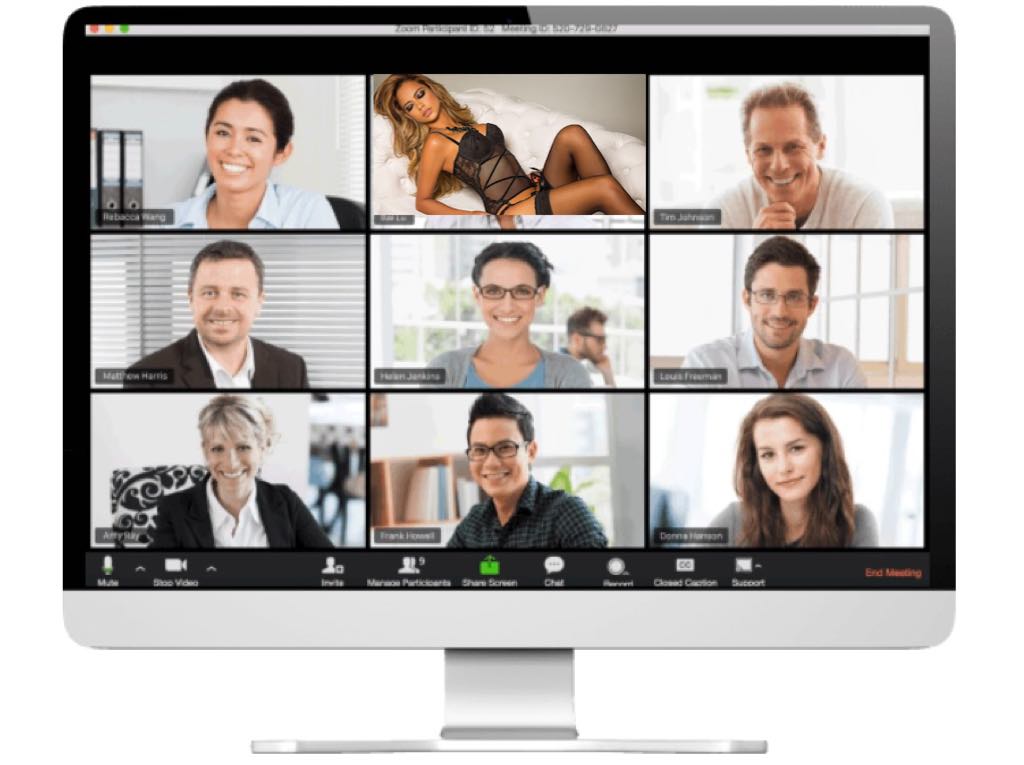 Brandon Biffart of Tampa chose the special occasion of Valentine’s Day weekend for his family to meet the woman he claims to have been dating since 2013 for the very first time.

“Brandon’s been telling us about this girl for so long and how they’re deeply in love but he never brings her around”, says his mother Debra. “It’s nice to finally meet her, even if it’s virtually.”

Doug, his father, added, “Finally is right. If I’m being honest, I was beginning to have doubts that she was even real.”

“Yeah, Amber is just super busy all the time because she’s a doctor and she travels internationally, performing operations on blind kids”, said Biffart, a sales associate at Rack Room Shoes at University Mall. “It’s just been a series of weird coincidences and totally legitimate scheduling conflicts that have prevented her from ever attending any Thanksgivings, Christmases, birthdays, cookouts or any other family gatherings. And of course, now there’s COVID. Oh no! So, you know, no get-togethers for the foreseeable future. Darn!”

Biffart’s sister Amy suggested he use Zoom, the cloud-based peer-to-peer software platform used for teleconferencing, telecommuting, distance education, and social relations, to get everyone together for an online gathering, mentioning that the Valentine’s Day holiday would make for an even more romantic and memorable moment.

“Great idea, Amy,” said Biffart. “Just terrific. Thanks so much for that.”

She also suggested that some of his co-workers be included, since they also haven’t had the opportunity to meet the globetrotting, 31-year-old Stanford-educated blindness surgeon whom he claims to have met at a karaoke night at a bar in Sarasota or maybe it was Fort Myers, Brandon isn’t sure.

The long anticipated meeting finally happened last night, but not without some technical glitches that resulted in a less than optimal experience.

“Why isn’t Amber speaking, dear?”, asked Debra. “For that matter, why isn’t she even moving?”
“Uh-oh. Looks like her Zoom cam is frozen. Shoot!”, he responded with dismay that sounded a lot like relief.
“Why isn’t she wearing more clothes?”, inquired Doug
“She’s in Africa, dad. It’s really hot there.”
”She looks younger than 31”, Debra observed.
”I told you, she takes really good care of her skin, mom.”

His sister Amy interrupted, saying “Nonsense. This confirms exactly what I’ve suspected all along, Brandon. You’re ‘dating’ a stock photo. You’re pathetic”, before logging off, followed by all the other participants on the call, some of whom could be seen stifling laughter.

Approximately 30 seconds later, Dr. Amber Clemons logged back in and said, “I’m so sorry, honey. I’m trying to repair an infant’s detached retina and the Wi-Fi here is always spotty at best. But Feechi and Kwame were able to set me up with an ISDN connection somehow. God, it’s hot!! I need to exfoliate. Did I miss anything?”

← Morgan Wallen to perform at halftime of Brooksville cornhole tournamentSt. Pete couple breaks up on Valentine’s Day after argument over punctuation →