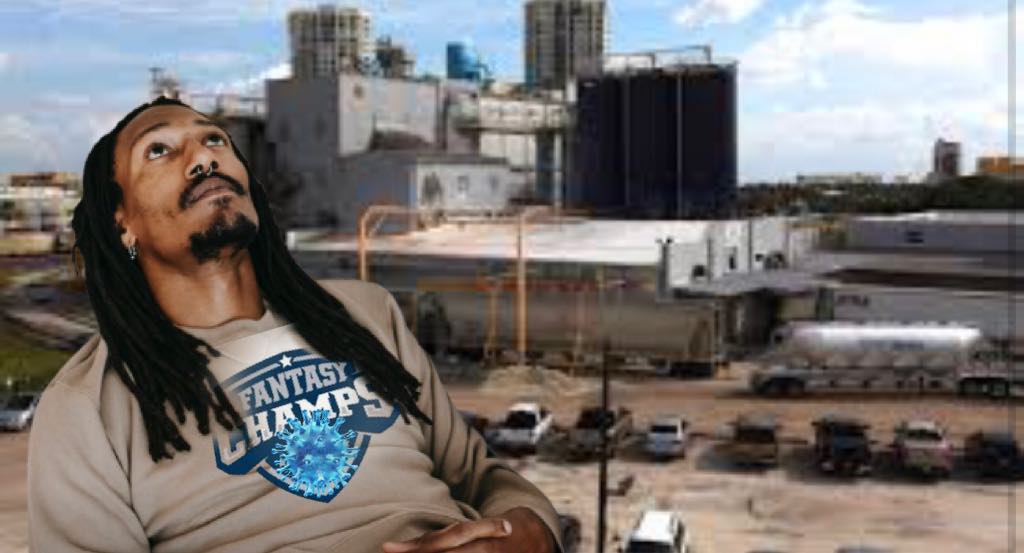 Fuad Tyson, a shift supervisor at Ted’s Tendies, a food processing plant in Tampa specializing in chicken parts, has been fired for betting on how many workers would contract COVID-19 at his job.

“It was just spontaneous fun and intended to boost morale,” said Tyson. “Excuse me for trying to make the drudgery of being alive and having a job somewhat bearable at the expense of those who don’t have those luxuries.”

“I’m not an evil person,” Tyson said. “I really want to clear my name. I actually worked very hard and took care of my team members well. Of course, if George down in the Gizzard Rendering Department happened to not get access to hand sanitizer and that resulted in me picking up some points, well, that’s how it goes in fantasy sports. Did I bitch when Ryan Succop missed a field goal and two extra points against the Lions last week, costing me five points that could have won my league’s championship? Okay, maybe a little. But not that much.”

Tyson’s employment was terminated on Monday, weeks after the betting allegation surfaced in wrongful death lawsuits filed by the families of four workers who died of COVID-19.

Ted’s Tendies said Tyson’s actions violated the company’s values of respect and integrity, which could result in a public backlash that threatened to damage its brand and demoralize its workers.

“One thing we need to be absolutely clear about is that the name of this unauthorized league they called ‘PDQ’ stood for ‘People Dying Quickly’ and had absolutely nothing to do with our local fast food brand. We’re PDQ, which stands for ‘People Dedicated to Quality’,” said a PDQ spokesperson. “Our thing is letting so-called independent filmmakers exploit our special needs employees for financial gain, not gambling on people dying from COVID. That’s reprehensible.”

Lawyers for the estates of four dead workers have portrayed the fantasy league as indicative of the company’s callous attitude toward health and safety. They have alleged that managers downplayed the severity of the virus, at times allowing or encouraging employees to work while sick.

“Please. Let’s not pretend that I’m the person who introduced a toxic element into this otherwise pristine, high-character corporate culture,” said Tyson. “I’m not the one who came up with ‘No Gloves Wednesdays’ or ‘Cool Balls Fridays’, during which staff members were encouraged to remove their pants when working in refrigerated areas.”

The office pool involved roughly $50 cash, which went to the winner who picked the correct percentage of workers testing positive for the COVID virus, Tyson said. He added that those involved didn’t believe the pool violated company policy and thought the plant’s positivity rate would be lower than the community rate due to their mitigation efforts. “Umm, ‘Unprotected Sex On Company Property Tuesdays’? Hello!”

Widespread knowledge of the league came to light when worker Humberto Ortiz died on the plant’s floor during an overnight shift, which prompted Tyson to perform a kind of victory dance celebration. “Yeah, Ortiz was mine and he actually died on the job,” Tyson said. “That dude was the Alvin Kamara of employee death pools.”

Even though there were several participants in the league, Tyson is the only one to have lost his job so far, due in large part to the whole thing being his idea.

“It was a group of exhausted supervisors that had worked so hard and so smart to solve many unsolvable problems,” Tyson said. “It was simply something fun, kind of a morale boost for having put forth an incredible effort. There was never any malicious intent. It was never meant to disparage anyone. Anyone alive, I mean. I would think dead people have bigger problems. Or no problems at all. Either way, I don’t see how this would bother them.”

A Ted’s Tendies spokesman declined to comment on Tyson’s assertions.

An attorney representing families of deceased employees, said protecting workers from the virus was not “an unsolvable problem.” He said the issue was a corporate culture where executives prioritized production and sales and treated line workers as expendable.

“If by ‘expendable’, you mean ‘hilarious’, I guess we’re guilty,” said Mike Whoopass, an attorney for Ted’s Tendies. “You’d agree if you ever saw a sick and exhausted employee pass out and face-plant on a conveyor belt full of thighs and breasts. It’s a hard job and these people take joy in the little things. But we canned Fuad Tyson so get off our asses and enjoy the nuggies we make for you ingrates.”